The Constituent Assembly adopted the Constitution of India on November 26, 1949 but brought it into effect on January 26, 1950. 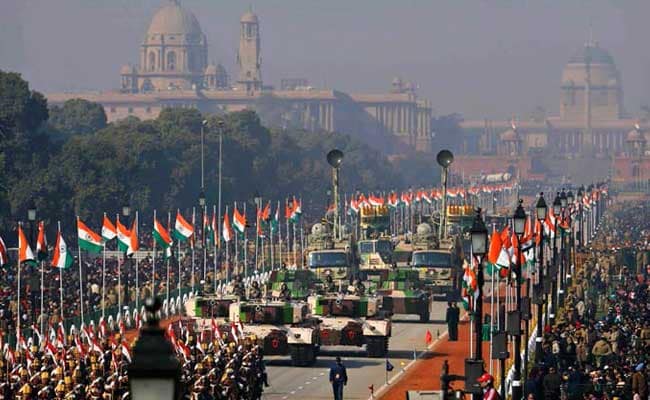 Republic Day: The highlight of the day is the parade that takes place at Rajpath in New Delhi. (File)

New Delhi: Republic Day celebrated in grandeur every year with ceremonious parades at Rajpath in New Delhi, as well as celebrations across the country, marks the day when the Constitution of India came into effect. After gaining independence from the British on August 15, 1947, India was an independent dominion in the British Commonwealth of Nations. The British monarch King George VI was still officially India's head of state even though it was a fully independent sovereign state.

It was after the constitution of India came into effect on January 26, 1950 that India became a federal, democratic republic within the commonwealth, abolishing the monarchy.

The Constituent Assembly adopted the Constitution of India on November 26, 1949 but brought it into effect on January 26, 1950.

Promoted
Listen to the latest songs, only on JioSaavn.com
The reason January 26 was picked as the day for the constitution to come into force is because in 1929, during the Lahore Session of the Indian National Congress, where Jawaharlal Nehru was elected president, a resolution was passed demanding complete independence for the first time.

The day, 26 January, 1930 was declared as "Purna Swaraj Diwas" or Independence Day. However, it wasn't until 1947 that the demand was to be met. To honour the significance of the first Independence Day, members of the constituent assembly decided to enforce the constitution on January 26, marking it as Republic Day.