His disappearance was only noticed when the entourage he came along with embarked upon the return journey to India. 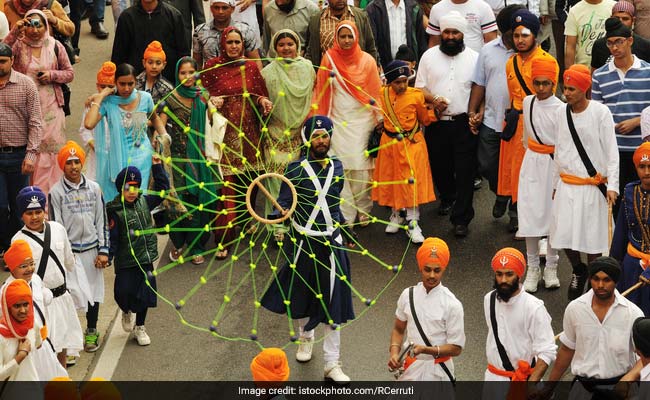 The festival of Baishakhi marks the Sikh New Year. (Representational)

Amarjit Singh, a resident of Amritsar, had arrived in Pakistan along with other Sikh pilgrims to celebrate Baisakhi festival on April 12, Express Tribune reported.

His disappearance was only noticed when the entourage he came along with embarked upon the return journey to India.

Amarjit Singh's passport, like other pilgrims, was with the officials of Evacuee Trust Property Board (ETPB), who immediately informed the high officials when Singh failed to collect it within the stipulated time.

According to an initial probe, the Indian boy disappeared on reaching Lahore from Nankana Sahib. A search to locate him is underway, the report said.

Earlier, Kiran Bala alias Amna Bibi, who was from Punjab's Hoshiarpur district, had arrived in Lahore by a special train on April 12 to attend Baisakhi festival.

During her visit, she embraced Islam and married a resident of Hingerwal, Lahore, on April 16 at a ceremony held at an Islamic seminary.

After her marriage, Kiran also wrote to the Foreign Office for extension to her visa as she is receiving "life threats".
Comments
BaisakhiIndia-Pakistan TiesLahore