The INS Sharda, which was 30 nautical miles (56 kilometres) away from the MV Mountbatten, responded to a distress call from the ship and arrived on location at 7 pm local time to stop the piracy attempt.

Gulf Of Aden: An Indian Navy patrol ship, the INS Sharda, fought off pirates at the Gulf of Aden trying to take control of a Liberian registered ship, the MV Mountbatten.

The incident took place yesterday around 230 nautical miles or 426 km southwest of Salalah.

The Sharda, which was 30 nautical miles (56 km) away from the MV Mountbatten, responded to a distress call from the ship. 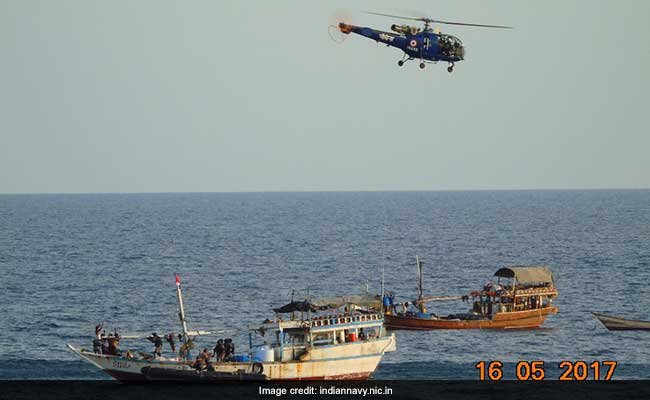 According to the navy, there were two dhows along with eight skiffs in the vicinity of the cargo ship. Three of these sped away at a high speed on seeing the Indian patrol ship. A team of Indian Navy Marine Commandos (MARCOS) supported by an armed helicopter boarded the dhows and conducted search operations.

Navy commandos recovered a hidden high calibre AKM rifle along with one filled magazine which had 27 rounds. No fishing gear was found on any of the boats, which, the navy said, confirmed that the crew were pirates. 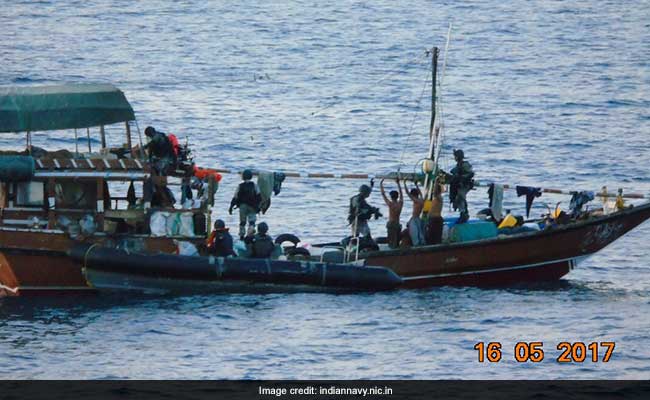