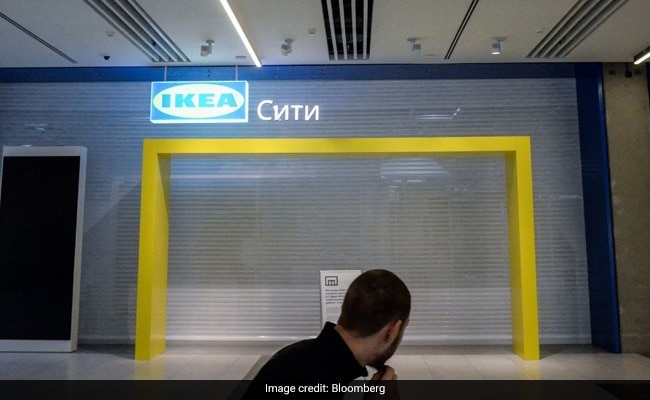 Those looking at Russia still face the major hurdle of cross-border payments.

Indian companies are looking to bolster their operations in Russia, eyeing the opening left by the exodus of European, American and Japanese companies after the country's invasion of Ukraine.

From drugmakers to consumer good firms, a number of Indian companies are either bagging new projects or are gearing up to pitch for more contracts as Moscow seeks fresh partners and vendors to fill the void. Indian retailers are also in talks to open stores in Russia, President Vladimir Putin told a BRICS business forum last week.

New Delhi has avoided condemning Vladimir Putin's grinding invasion of Ukraine as it needs Russian weapons -- one of its biggest source of arms. India, along with China, has already been snapping up cheap Russian crude that's then processed by domestic refiners including Reliance Industries Ltd., taking advantage of discounted barrels as global prices soar. Vladimir Putin said oil flows to the top two Asian consumers are "growing noticeably," defying Western pressure to cut off trade with Moscow.

For Indian companies, the chance to grab a bigger slice of the Russian market is alluring despite the risk of a global backlash after corporate giants like Apple Inc., Ikea and Fast Retailing Co. shuttered stores or paused sales in Russia.

"We'll be going very aggressively to convert those opportunities into orders," said Rajneesh Chopra, global head of business development at VA Tech Wabag Ltd., a Chennai-based builder of water and sewage treatment plants that secured a Russian order worth 18 million euros ($19 million) in June. Mr Chopra said its European rivals have put their Russian projects on hold, prompting clients to look for alternatives.

"The company has a basket of 40 products and a large front-end presence" of more than 800 employees in Russia, Mr Mukherjee wrote.

"A silver lining of the current geopolitical conflict is the opportunity to gain market share in Russia."

A spokesperson for Dr. Reddy's forwarded on recent publicly available management commentary that said the company was looking further at the Russian market. They declined to comment further.

Coffee-exporter CCL Products India Ltd. has already received requests from many European competitors, who are unable to ship directly due to sanctions, to execute contracts to Russia on their behalf, Managing Director Challa Srishant said in an interview. The company is looking to expand sales in Russia and its renewed pitch to clients now emphasizes the reduced risk by shifting procurement to India, he said.

Still, Indian companies and banks run the risk of reputational damage and many will likely think twice before transacting with sanctioned Russian entities, according to Akhil Bery, a director at the Asia Society Policy Institute.

An employee is silhouetted as he walks past a water feature at Building 44 of the Infosys Ltd. campus in the Electronics City information technology hub in Bengaluru, India, on Thursday, Jan. 10. 2019. Asia's largest software outsourcing provider that is wrestling with clients' changing technology needs and a shift toward automation reports quarterly profits on Nov. 11.

Infosys Ltd., the Bengaluru-headquartered software giant, pulled out of Russia in April following a furor over the tax arrangements of Akshata Murty, the wife of British Chancellor Rishi Sunak and daughter of Infosys' billionaire founder. That led to accusations that Murty's 0.91% shareholding in Infosys meant she was capitalizing off Russia after her husband called for companies to divest from the country.

"Though this was a unique case, it does highlight the reputational risks a company can incur if it is seen as profiting from Russia's invasion of Ukraine," Bery said. "For India, it has withstood US pressure over sanctions, but there is growing consternation in the US about India's increased purchases of Russian oil, even if at a discount."

India's government has held firm, repeatedly pointing at the hypocrisy of Western countries that continue to rely on Russian energy imports. With long-standing friendly relations between New Delhi and Moscow, fostered in part by India's socialist tilt toward the Soviet Union during the Cold War, trade between the two countries hit a record of $13 billion last year, though Russia still ranks below India's top 20 trading partners.

As such, there is a keen interest to add new sectors and products to the basket of goods traded between the two countries, including telecom and IT hardware, auto components, and wellness products, according to Rohit Sharma, a director at the Federation of Indian Chambers of Commerce and Industry lobby group.

Those looking at Russia still face the major hurdle of cross-border payments. A planned rupee-ruble mechanism to import oil was dropped after extreme volatility in the Russian currency. Instead India is now considering aproposal to settle payments in rupees.

That obstacle hasn't stopped Indian companies, particularly ones that don't have a large presence in Western markets, from sniffing out prospects in Russia. "Definitely we're putting ourselves on the door and trying to see what we can do," Wabag's Chopra said.