"The decision was made to humanely euthanise her," Santa Barbara Zoo said in a statement 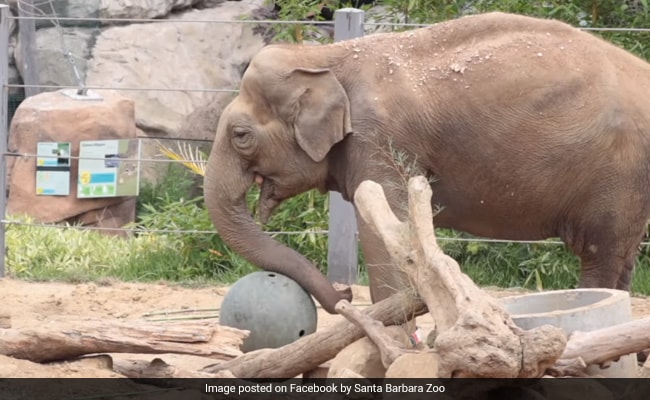 Screengrab from a video shared by Santa Barbara Zoo.

A 48-year-old elephant, brought to the US from India in 1972, has been euthanised at the Santa Barbara Zoo. Little Mac, who spent most of her life at the zoo in California, died on Wednesday "surrounded by her keepers and other zoo staff who have cared for her over the years". The zoo said in a statement that they made the decision to euthanise her humanely after her condition deteriorated dramatically.

Little Mac had been dealing with age-related issues for years, and was diagnosed with colic in June. After two weeks of a sharp decline in her health, the Santa Barbara Zoo had decided to put her in hospice care. "After exhausting treatment options, she is being kept comfortable for as long as possible," the zoo had said in a statement at the time.

"After announcing she was on hospice care earlier this week, the decision was made to humanely euthanise her yesterday evening," they wrote in a Facebook post on Thursday.

The zoo also shared a video tribute to Little Mac.

Little Mac has lived at the Santa Barbara Zoo since 1972, when she arrived with her companion, Sujatha. According to CBS News, they were both brought from Mysore in exchange for six California sea lions.

Sujatha was euthanised last year in October. Since then, Little Mac had been the zoo's sole Asian elephant.

The zoo said that at the age of 48, Little Mac exceeded the median life expectancy for Asian elephants in human care, which is 46.9 years.