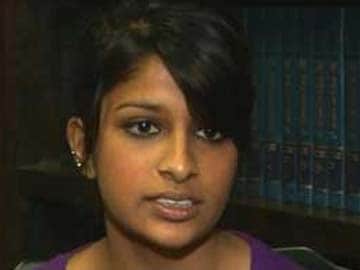 New York: An Indian diplomat's daughter who was suspended, arrested and forced to spend a day in jail during her senior year in February 2011 on cyber-bullying charges, has won a $225,000 settlement from New York City.

"We have vindicated Krittika's honour, the Indian diplomat's honour, and India's honour in the US," her lawyer Ravi Batra said Thursday.

Biswas, now 21, was accused of sending profane and threatening e-mails to her teachers. The charges were dropped after a male classmate was found to have sent the emails.

Alleging that the investigation leading to her arrest was a "sham", and lacking any real evidence, she had initially sought $1.5 million in her 2012 suit against New York City.

Also included in the suit were the city's Department of Education, her school's principal Howard Kwait, and teacher Jamie Kim-Ross.

Biswas, who has since moved back to India, had initially demanded a key to the city after being arrested but did not include the request in her suit.

Her lawyer at the time had said getting a key to the city from then mayor Michael Bloomberg could make it clear "that diplomats are welcome in New York".

The details of the settlement were ironed out by New York Mayor Bill de Blasio's administration.

"During those proceedings, we proved Krittika's innocence - that her Internet Service Provider (ISP) was Time-Warner's 'Roadrunner' while the culprit's ISP was 'Earthlink'.

Promoted
Listen to the latest songs, only on JioSaavn.com
"One day later, with our forensic expert's sworn report, the actually guilty student was identified and he confessed, except he was not arrested or criminally charged, proof of foul discriminatory disparate treatment of Krittika despite her actual innocence," Batra added.