Indian and Pakistan are set to clash after more than two years in One-Day Internationals in the ICC Champions Trophy. 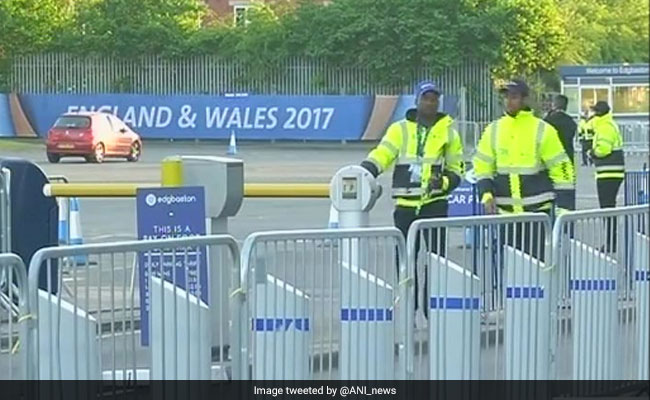 After the London attack, the Birmingham hotel where the Indian cricket team is staying is under lockdown.

New Delhi: The hotel of the Indian cricket team in Birmingham has been placed under lockdown in view of last night's terror attacks in London. The traffic near the hotel has also been curbed for a while.  India and Pakistan are scheduled to clash this afternoon at Edgbaston during the ICC Champions Trophy 2017.

Late last night, as Londoners enjoyed a relaxed Saturday in pubs and restaurants, a van driven at high speed mowed down pedestrians on London Bridge. Then, its three occupants got out and started stabbing patrons at nearby bars and restaurants, killing seven people. The police shot down the attackers.

The attack was the latest in a string of terror strikes to hit Britain this spring.

Around 48 injured people were taken to hospitals, said the London Ambulance Service. Among those injured is a British Transport Police officer, who was one of the first responders on the scene and was stabbed in the face and leg.

Promoted
Listen to the latest songs, only on JioSaavn.com
News agency AFP quoted an eyewitness, Gerard as telling the BBC, "They were stabbing everyone. They were running up and going 'This is for Allah'." He said he saw the assailants stabbing a girl and had tried to confront them.

Rain is expected today and the match, if played, will be the first time in two years when India confront Pakistan. In 2013, when the Champions Trophy was last held, India and Pakistan played at the same venue. India had won the rain-curtailed match.