While the United States Army used this concept in the jungles of Vietnam during the war from 1954 to 1975, the India Army is testing it for desert and mountainous terrain to sharpen its combat skills. 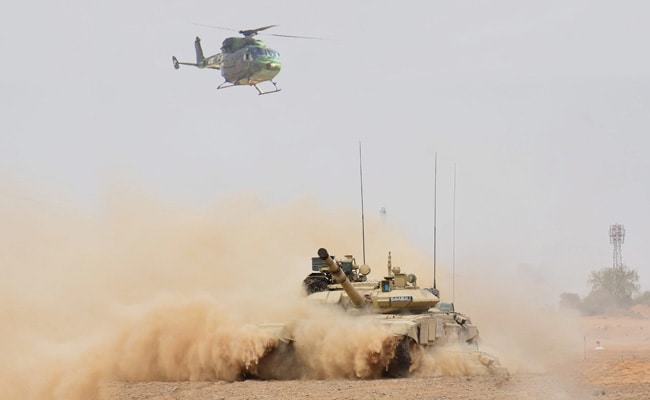 Indian Army recently tested the Air Cavalry concept, used by the US in Vietnam, in Rajasthan

New Delhi: The Indian Army recently tested the military concept of an 'Air Cavalry' during the 'Vijay Prahar' exercise in the desert terrain of Rajasthan. The 'Air Cavalry' concept was first used by the US Army to locate and take down enemy ground forces during the Vietnam War.

The Indian Army tested the Air Cavalry concept with an aim to enhance its overall defence capabilities. The exercise, in which special forces of the army's Sapta Shakti Command performed various manoeuvres, saw weaponised helicopters carry out combined action against the enemy in coordination with tanks and mechanised ground forces.

The Indian Army, keeping an eye on future combat preparedness, is focusing on strengthening its combative air assets by procuring more attack helicopters.

Ex #VijayPrahar. Strike formations of the Sapta Shakti Command rehearsed offensive maneuvers involving attack helicopters operating in conjunction with Tanks to deliver & destroy the enemy armour. Christened as 'The Air Cavalry', the concept was tried in the exercise.#IndianArmypic.twitter.com/fIypBWijnv

The Air Cavalry is a new concept for the Indian Army, and it is aimed at reshaping land battle by defeating the enemy with an offensive punch from the air. The concept comprises of coordinated attacks by helicopters and tanks.

The concept was implemented after detailed deliberation, sand-model discussions and war gaming.

In the ongoing Ex VIJAY PRAHAR in the deserts of Mahajan Firing Ranges close to Suratgarh, the mechanised forces display their capability by delivering a decisive blow on their adversary - one of the objectives of the strike formations of the Sapta Shakti Command. pic.twitter.com/ZWUVRKLYov

In a normal battle scenario, attack helicopters are called in on a requirement basis by forces moving on the ground to launch an attack when the ground forces are not able to neutralise the target due to some reason. These, at times, include combat on difficult terrain.

Under the 'Air Cavalry' concept, attack helicopters are fully integrated with tanks and mechanised ground forces. A fleet of armed helicopters simultaneously flies in air and performs a number of tasks, including troop insertion in forward areas, on the spot aerial recce, launching attacks and it proves more powerful and a good speed in the action is achieved.

"This requires a very high degree of precision, coordination and continuous upgradation. It saves both time and energy," another senior officer of the SW command said.

"The forces achieve more flexibility and fluidity in an operation and multitasking can be performed more quickly, swiftly and effectively and the ground commanders can act decisively, boldly and offensively," the officer said.

Ex #VijayPrahar. Special Forces of the Sapta Shakti Command demonstrated a combat fee fall operation. A body of 100 highly trained troops were dropped from a height of 4 Km on a pitch dark night over unknown territory. #IndianArmy@SpokespersonMoD@PIB_India@HQ_IDS_Indiapic.twitter.com/JVqshaIZQK

Under this kind of arrangement, attack helicopters can engage targets in the shortest possible time and the mission can be accomplished in a very flexible and effective manner. This concept can be executed in different kind of terrain depending on the feasibility.

While the United States used this concept in the jungles of Vietnam during the war from 1954 to 1975, India tested it in the scorching heat in desert terrain to sharpen its skills.

"The army is gradually inducting helicopters equipped with ultra-modern sensors and high-precision weapons and therefore a need was felt to use the Air Cavalry concept for increasing capabilities in monitoring and protecting both eastern and western borders of the country," an officer said.

The Indian Army is focusing on its combative air assets so there was a requirement that a concept should be in place for the best utilisation of attack helicopters. The helicopters will be used as force multiplier and will increase the potency of ground forces to engage the targets, defence sources said.

"The Indian Army's combative air assets will be crucial in the land battles in desert along the western front as well as in the eastern front where the terrain is mountainous," sources said.

Hindustan Aeronautics Ltd is developing Light Combat Helicopter for the Army to meet its requirement for an attack helicopter which can operate at high altitude. The army will also procure multi-role AH-64 'E' Apache attack helicopter manufactured by American aviation giant Boeing. 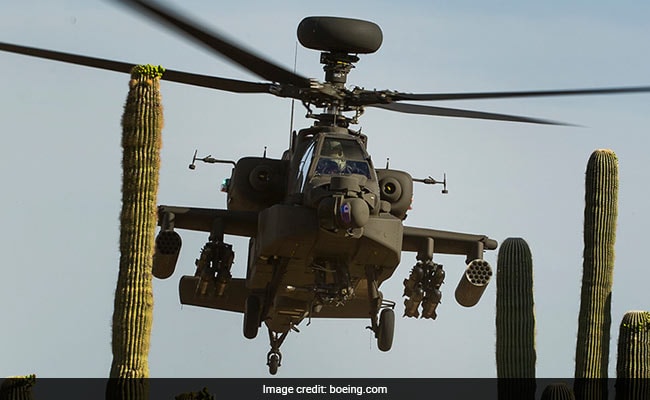 The Defence Ministry in August last year had approved the procurement of six most advanced Apache helicopters along with weapons systems at a cost of Rs 4,168 crore which will be the Army's first fleet of attack choppers.

Promoted
Listen to the latest songs, only on JioSaavn.com
Apaches have played a vital role in international conflicts, including in the Gulf, Kosovo, Afghanistan and Iraq.