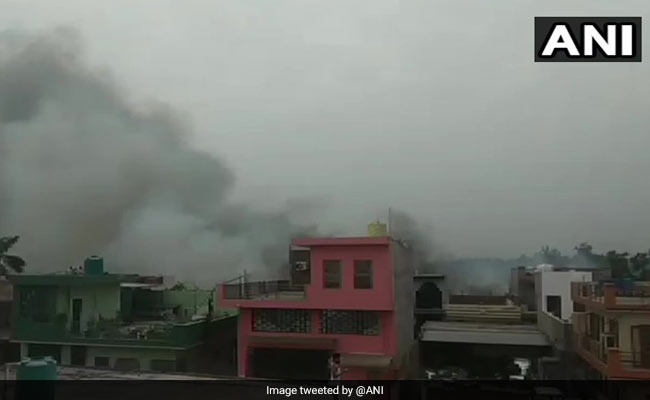 IAF has a fleet of around 100 Jaguar fighter planes, which were imported from Europe in the late 1970s

An Indian Air Force jet was forced to jettison fuel tanks and small-sized practice bombs over part of a residential neighbourhood in Ambala today after one of its engines was hit mid-flight by a bird. News agency ANI, quoting IAF sources, said only one engine was hit and the pilot managed to land the plane safely at the Air Force base in the city.

There are no reports of any casualties.

"The pilot jettisoned his fuel tanks and external stores, including some 10 kg practice bombs, to gain height and managed to land back safely," Air Force officials told ANI.

During in-flight emergencies, which this was, pilots are often required to drop under-wing stores such as bombs and external fuel tanks.

The incident happened just as the plane - a Jaguar - was approaching the boundary wall separating the air force base from the city's Baldev Nagar locality. Part of the debris fell on the roof of a house and some on the street.

Ambulance and fire brigade personnel were dispatched to the scene. The Air Force has said it will order an inquiry into the incident.

In January, a Jaguar crashed in Kushinagar in Uttar Pradesh, after developing technical problems during a routine mission from Gorakhpur. The pilot, Wing Commander Rohit Katoch managed to eject safely from the plane.

The IAF has a fleet of around 100 Jaguars, which are deep penetration strike aircraft, imported from Europe in the late 1970s. The force has plans of further upgrading the fighter planes, which have a long range strike capability.