Indian Air Force Has Only 32 Squadrons - Lowest In A Decade 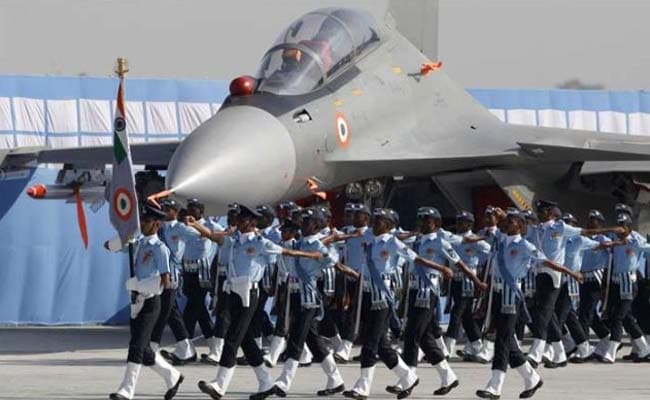 New Delhi: The Indian Air Force has just 32 squadrons of fighters - the lowest in a decade - to guard the Indian skies, top IAF commanders have confirmed to NDTV.

Defence Minister Manohar Parrikar has flagged the worry with Prime Minister Narendra Modi and made a detailed presentation recently on the operational difficulties that the IAF faces because of the depletion in fighters.

After the air force de-commissioned three of the aging Russian-made MiG 21 squadrons, bringing down the total number from 34 to 31 fighter squadrons, an additional squadron of the Russian-made Su-30 MKI has been raised.

The Indian Air Force needs at least 42 squadrons of fighters to protect its western and northern borders with Pakistan and China. By 2019 -2020 it will lose another 14 squadrons of the vintage MiG 21s and MiG 27s. There are 16-18 planes in one squadron.

The force now depends on Su-30 MKI and MiG 29s, the British-made Jaguar and French-made Mirage 2000s. An upgrade of the Jaguar fighters being carried out by the public sector Hindustan Aeronautics Limited or HAL has been delayed by two years.

The government's plan to plug operational gaps by inducting 36 French-made Rafale fighters and with indigenously made Tejas fighters too hasn't come through yet.

Commercial negotiations with France for the Rafale are far from over and although the IAF has agreed to induct Tejas fighters, it is yet to get the first aircraft.

The Tejas - which was showcased at the Baharin air show for the first time this year - has not yet got a Final Operational Clearance (FOC).

The aircraft - in the making for over 3 decades - had several deficiencies, which are now being addressed by HAL in consultation with the IAF.

"Its performance at Baharin was however encouraging and we hope the FOC comes through soon," a senior officer said, adding, the "IAF is ready to induct as many Tejas fighters as possible to plug the gaps."

"Till recently, we were more interested in defending the process of acquisition, then the outcome, and as a result no one really cared about requirements and operational preparedness," the officer said, referring to the decade-long talks to acquire medium multi-role fighters from France, which the Narendra Modi government had to cancel because of severe infirmities in the negotiations.