Indian Air Force Day: This year the India Air Force Day is special. The newly acquired Rafale fighter jets are part of the show for the first time. "My congratulations to all air warriors...," Air chief RKS Bhadauria said in his address today. 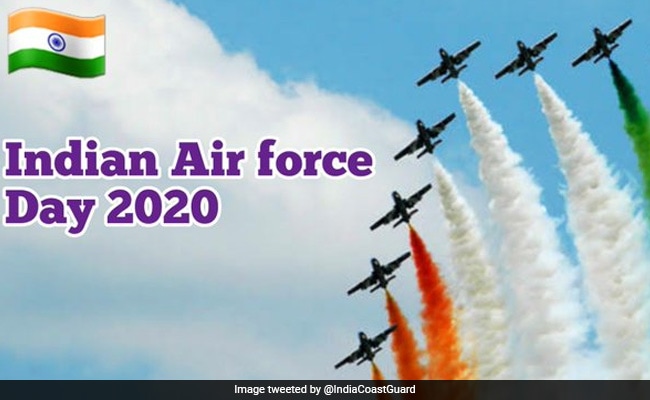 Indian Air Force Day Image: In a first, the Rafale fighter jets will be part of IAF Day

The Indian Air Force celebrated its 88th anniversary today. A stunning air show at the Hindon air base in Ghaziabad near Delhi captivated people across the country. This year the India Air Force Day was special. The newly acquired Rafale fighter jets were part of the show for the first time. The five Rafale jets were formally inducted into the IAF on September 10, is a major boost to India's air power. Air Force Day is celebrated to mark the day the IAF was established in 1932. "My congratulations to all air warriors... on behalf of the air warriors I world like to assure all Indians that the Indian Air Force is ever ready to guard our borders," Air chief RKS Bhadauria said in his address today.

"As we enter the 89th year, the IAF is undergoing a transformational change. We are entering an era which will redefine where we employ aerospace power and conduct integrated multi-domain operations," Air Chief Marshal RKS Bhadauria added.

On Air Force Day, we proudly honour our air warriors, veterans, and families of the Indian Air Force. The nation remains indebted to the contribution of the IAF in securing our skies and assisting civil authorities in Humanitarian Assistance and Disaster Relief.

I extend my warmest greetings to all Air Force personnel on the 88th Air Force Day.
Our Air Warriors are known for their professionalism, excellence and courage. They have made the country proud in war and peace.
May they touch the sky with glory.@IAF_MCC#AFDay2020#AirForceDay

My felicitations and best wishes to the air warriors and their families on the occasion of Air Force Day-2020.
Eighty eight years of dedication, sacrifice and excellence mark the journey of the IAF which is today a lethal and formidable force to reckon with. #AFDay2020@IAF_MCCpic.twitter.com/jo0t1dIv20

#WATCH Rafale fighter jet carries out a minimum radius turn within an area smaller than a hockey field forming a figure of eight, on the 88th IAF day, at Hindon airbase pic.twitter.com/3GB7CMs0YX

#WATCH: Flares fired by the Eklavya formation including Apache and Mi-35 attack helicopters at the Hindon Air Base in Ghaziabad.#AirForceDay2020pic.twitter.com/ps70ymRp3X 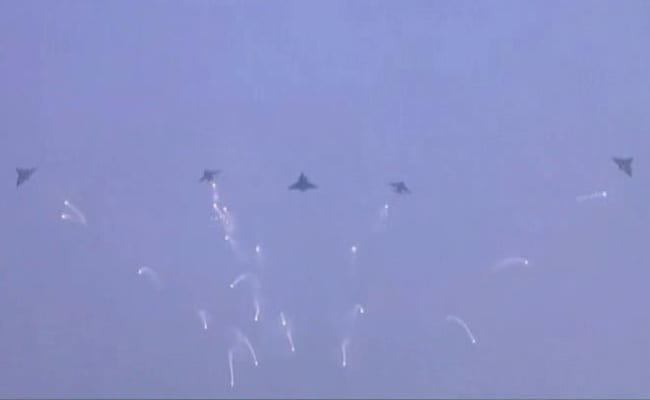 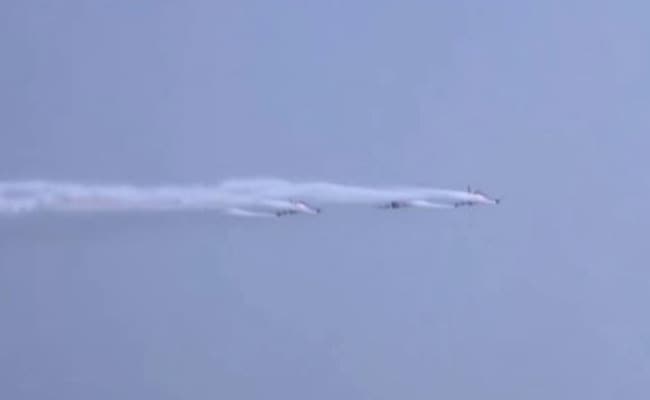 On the occasion of 88th #AirForceDay#IndianNavy extends warm greetings to all Air Warriors. May you all continue to "Touch the Sky with Glory".#AFDay2020@IAF_MCCpic.twitter.com/osMneW7Zfd

‘Touch the Sky with Glory'