India, US Too Cautious With "Elephant In Room" China: US Official Stephen Biegun

Stephen Biegun said Washington appreciates New Delhi's strategic autonomy adding that there is "enormous opportunity" in the US' security relationship with India. 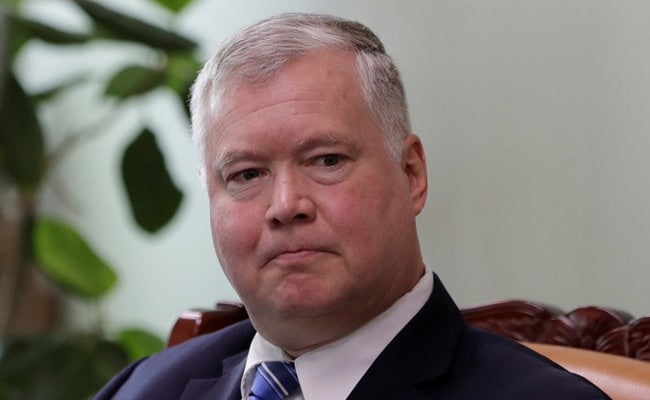 While referring to China as the "elephant in the room", visiting US Deputy Secretary of State Stephen Biegun said on Monday that India and the US have been "too cautious" towards China's reaction to the strategic ties between New Delhi and Washington.

Speaking at the Ananta Centre India-US Forum event, Mr Biegun said: "Of course, as we advance in this direction, there is an elephant in the room: China. Last week, in advance of Secretary Pompeo's meeting with Minister S Jaishankar and their Japanese and Australian counterparts in Tokyo, I read remarks by the esteemed, retired Indian diplomat Ashok Kantha. I was particularly struck by a comment he made."

"I could not agree more with Ambassador Kantha. We have been too cautious. Last week's important and successful Quad ministerial leaves the US confident that perhaps, just maybe, we can say that we are present at the creation of those strategic linkages to which Ambassador Kantha refers," he added.

"In thinking about the future, it is no secret that I see enormous opportunity in the United States' security relationship with India. India has a strong and proud tradition of strategic autonomy, and we respect that," the US Deputy Secretary of State said.

He added that the Trump administration does not "seek to change" India's traditions.

"Rather we want to explore how to empower them and India's ability to defend its own sovereignty and democracy and to advance Indian interests, across the Indo-Pacific region. As the United States assesses our own interests and how they intersect with India's, we have seen the conditions emerge for an organic and deeper partnership - not an alliance on the post-war model, but a fundamental alignment along shared security and geopolitical goals, shared interests, and shared values," Mr Biegun said.

Stephen Beigun, on Monday, arrived in New Delhi for his three-day visit with an aim to advance the United States-India Comprehensive Global Strategic Partnership

External Affairs Minister S Jaishankar on Monday met with him and exchanged views on world politics and regional issues.

Stephen Beigun's India visit comes ahead of the upcoming "2+2" talks at the foreign and defence ministerial level between India and the United States.