This was Consul General Edgard D Kagan's last official event in Mumbai before moving to New Delhi as the Deputy Chief of Mission (DCM) for the US Embassy. 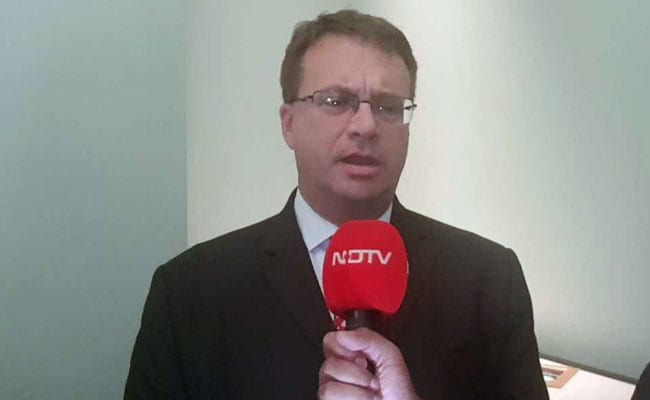 US is ready to sell to India our most sophisticated defence items, US Consul General in Mumbai said

At a time when defence deals with other countries have come under immense scrutiny in India, United States Consul General in Mumbai told NDTV there have been no questions when it comes to defence deals between Washington and New Delhi. "We see tremendous potential across the board. US is ready to sell to India our most sophisticated defence items. And I think the purchase of US defence items in recent years has been something that has been welcomed by the Indian military. There is improved capability," United States Consul General in Mumbai, Edgard D Kagan told NDTV.

"But equally importantly is that it is transparent, it has been very clear and there have been no questions asked about the deals themselves. And in addition to great capability of the Indian Military they have brought very predictable, clear and transparent ways of getting spare parts that have been plentiful at prices that are clear and predictable," Mr Kagan told NDTV on the sidelines of an event to mark  the 243rd anniversary of US independence. This was Consul General Kagan's last official event in Mumbai before moving to New Delhi as the Deputy Chief of Mission (DCM) for the US Embassy.

When it comes to defence deals with other countries, whether it's the Augusta Westland chopper deal or the Rafale aircraft deal, there have been allegations of corruption which have become political issues in the country. Both the Prime Minister and Congress President Rahul Gandhi have spoken about these issues and attacked each other in the recently concluded general elections.

Speaking on the special relationship between India and Unites States, Mr Kagan said, "I think it's very important to realise that the economic relationship continues to grow. It's important to both countries and I think there is tremendous potential to do more. Obviously higher tariffs here are a challenge. But at the same time it is important to recognize that Indians know and they have seen the results since the early 90s about the value of opening up the economy, the growth that has come from that, the jobs that have been created. And so we think there are ways of working together so that we can find ways to reverse some of the steps that have been taken, to open up the economy, to have fair and reciprocal trade and at the same time continue creating opportunities for people in both countries."

Talking about regional security and India-Pakistan relationship, Mr Kagan told NDTV, "We think that security is very important in every country and we think that it is important to recognize that this has been an area where we have seen much more cooperation between the United State and India. We have made our stand very clear with India in combating terrorism and at the same time we recognize that we need to continue to do more together and that brings benefits of improved security to the people of both our countries."