India to strengthen Andaman and Nicobar Command to take on China 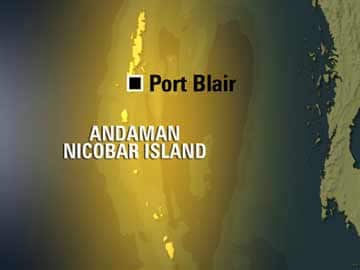 New Delhi: As the race for the Indian Ocean region heats up with India, China and the United States trying to dominate the region, South Block is all set to hand over the controls of the Andaman and Nicobar Command (ANC) - India's strategic outpost in the Bay of Bengal - to the Indian Navy.

But after 13 years, there is a growing realization that the required infrastructure at ANC hasn't come up because of lack of focus and appreciation of requirements of the Navy. The Navy, too, has officially written to the Ministry of Defence (MoD) stating that development of the ANC is not satisfactory.

"Some key infrastructure needs to come up immediately if the Navy is expected to operate with ease on the Eastern and Western board of Malacca Strait. Unfortunately, these haven't been addressed. The fact that the command has been rotated among the three services has added to this delay" a senior Navy official told NDTV.

For instance, in 2012, the Navy operationalised INS Baaz, an airbase at Campbell Bay at the southern tip of the Andaman and Nicobar Islands. It overlooks the Malacca Strait through which the crucial Sea Lane of Communication (SLOC) connecting China to the rest of the world passes through. Although the naval airbase is in operation, efforts to increase the runway and turn INS Baaz into full-fledged air base hasn't materialised yet.

Similarly, the Navy wants bigger fuel, ordnance and storage dumps. But in the last 13 years, plans to make the ANC a forward outpost of India capable of repairing, equipping and launching ships and aircrafts for missions hasn't come up.

"Can ANC handle and equip a fleet if required?" a senior Navy asked.

Promoted
Listen to the latest songs, only on JioSaavn.com
With the Navy getting a second aircraft carrier, INS Vikrant, the need to develop a forward operating outpost that can equip, repair and launch an entire fleet becomes all the more important.

Sources tell NDTV that the Defence Ministry is now likely to move the Cabinet Committee on Security (CCS) to hand back the Andaman and Nicobar Command to the Navy. It is also likely to press for the additional commands, Special Force Command and Aerospace Command, to be handed over to the Army and the Air Force respectively while the third additional command, Cyber Command, is headed by the three services in rotation.

Amartya Sen Says Visva-Bharati University "Trying To Drive Me Out"