Automobile makers are producing flex-fuel engines in Brazil, Canada and the US, providing an alternative to customers to use 100 per cent petrol or 100 per cent bio-ethanol, Nitin Gadkari said. 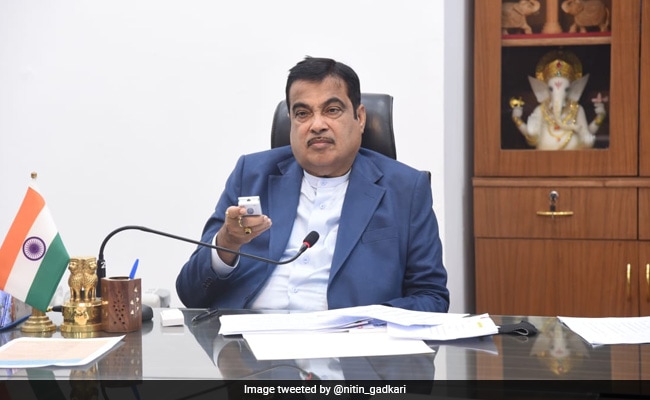 Union Minister Nitin Gadkari on Wednesday said India is going to increase the production of alternative fuel ethanol as people are facing problems due to a hike in petrol and diesel prices.

Addressing a conference organised by BRICS Network University virtually, Mr Gadkari said that automobile makers are producing flex-fuel engines in Brazil, Canada and the US - providing an alternative to customers to use 100 per cent petrol or 100 per cent bio-ethanol.

"Now Indian production (of ethanol) we are going to increase because of the rise in petrol prices, people are facing a lot of problems," Mr Gadkari said while explaining that the use of ethanol is cost effective.

Petrol prices in some parts of the country, including in cities like Mumbai and Hyderabad, have crossed Rs 100 per litre mark due to multiple fuel price hikes over the past six weeks. Petrol retails at over Rs 100 per litre mark in seven states and union territories -- Rajasthan, Madhya Pradesh, Maharashtra, Andhra Pradesh, Telangana, Karnataka and Ladakh.

Nitin Gadkari pointed out that the ethanol price will be Rs 60-62 per litre and petrol price is more than Rs 100 per litre. "As far as caloric value of ethanol is concerned, the 750 ml of petrol or 800 ml is equal to one litre of ethanol, still there is Rs 20 saving per litre," the Road Transport and Highways Minister said.

"And it is an import substitute and cost effective, pollution free and indigenous," he added. The minister pointed out that for all racing cars the world over ethanol is used as fuel.

Last week, Prime Minister Narendra Modi said the target date for achieving 20 per cent ethanol-blending with petrol has been advanced by five years to 2025 to cut pollution and reduce import dependence. The government last year had set a target of reaching 10 per cent ethanol blending in petrol by 2022 and 20 per cent doping by 2030.

Currently, about 8.5 per cent ethanol is mixed with petrol as against 1-1.5 per cent in 2014, Nitin Gadkari said adding ethanol procurement has risen from 38 crore litres to 320 crore litres.

Highlighting the need for a policy for import substitution, the minister said India imports Rs 8 lakh crore of crude oil, and this will rise two-folds in the next four-five years which will have a huge impact on the economy.

Nitin Gadkari said India's minimum support price (MSP) for some crops are higher than international prices that is why the government is allowing ethanol production from sugarcane, foodgrains and corn. "We will make ethanol economy of Rs 2 lakh crore in the next five years," he said.

Ethanol extracted from sugarcane as well as damaged food grains such as wheat and broken rice and agriculture waste is less polluting and its use also provides farmers with an alternate source of income.

The minister also mentioned that the government is working to support electric vehicle (EV) industry, and American electric car major Tesla is soon going to enter the Indian market.

The government has facilitated sale of two-three wheeler EVs, Mr Gadkari said, adding that the "government is giving permissions to start petrol pumps, which will also have EV charging infrastructure".

He also said that the indigenous battery technology will make electric vehicle (EV) most efficient means of transportation and the country aims to shift public transport on electricity.