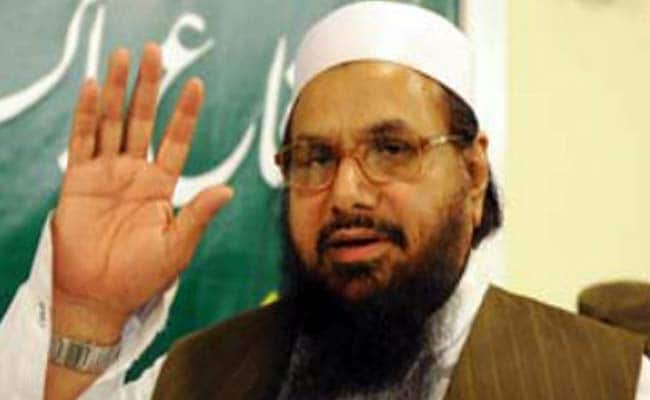 New Delhi: Support for a rally being held in Pakistan from today by 26/11 mastermind Hafiz Saeed is blatant disregard of international norm against terrorism, Indian government sources said to NDTV on Wednesday evening.

Saeed, who heads the Jamaat-ud-Dawah which is blacklisted by the US as a terror organisation, is holding a two-day congregation in Lahore. The Pakistan government has denied media reports that it is running two special trains to transport people to Lahore for the meet.

"This is nonsense that the Indian media keeps churning out 24 hours - rubbish," Tasneem Aslam, Pakistan Foreign Office Spokesperson told NDTV.
Saeed told reporters on Tuesday that thousands of people would participate in the congregation starting on Thursday at the Minar-i-Pakistan monument.

Press Trust of India reported that Pakistan Railways is operating a train from Hyderabad in the Sindh province and another train that will leave from Karachi and back once the Jamaat meet finishes. PTI quoted official sources as saying that the Jamaat leadership had spoken to Railways Minister Saad Rafique for his permission to run special trains for its congregation.

Saeed is high on the list of India's most wanted. New Delhi accuses him of being the mastermind behind the Mumbai terror attacks in November 2008, the conspiracy for which was hatched, planned and executed out of Pakistan. 166 people were killed in the terror strike.

But Saeed, who also has a US bounty of 10 million dollars on him, roams free in Pakistan and often addresses public rallies in which he routinely makes inflammatory statements.

Promoted
Listen to the latest songs, only on JioSaavn.com
Pakistan has said that there is no case against Hafiz Saeed and that he is free to roam the country as a Pakistani national.