The data raises new questions on government policy at a time several states have flagged an oxygen emergency amid a surge in COVID-19 cases.

In the surge in infections in the second wave of Covid that has seen more cases of breathlessness and an increased demand for oxygen, it has emerged from government data that exports of oxygen from India doubled in the current financial year compared to the previous. The government says only industrial-grade oxygen was exported. With many states flagging an oxygen shortage, it is industrial oxygen that is now being diverted to hospitals. 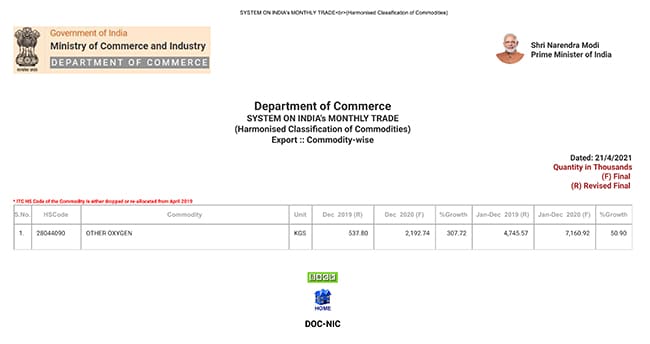 The export data for February and March 2021 has not been made public yet.

Top government sources say only industrial oxygen was exported and that it is "malicious propaganda" to suggest that India had exported scarce medical oxygen in the pandemic year of 2020-21. 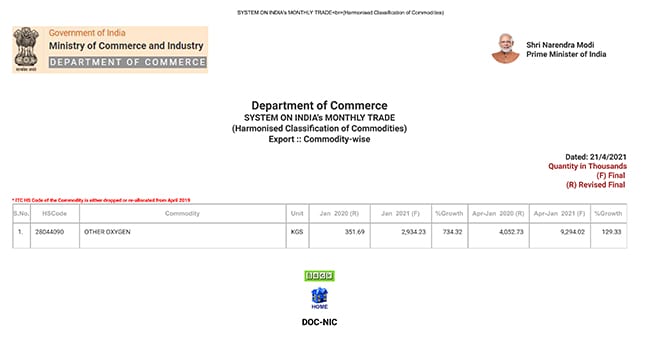 "This is absolutely false and industrial oxygen exports are being mistaken as medical oxygen," said government sources quoted by news agency ANI.

"There are two categories of exports of liquid oxygen, medical and others (industrial). During April-Feb '20-21 India exported 9,884 MT of industrial oxygen while only 12 MT of medical oxygen. This annual export is less than 0.4% of total annual production capacity in India," the sources said.

"Majority of these industrial oxygen export was in December and January when medical oxygen consumption reduced to 1,418 MT/day from 2,675 MT/day in September. This against near 7,000 MT/day capacity resulted in no threat to medical oxygen supply while protecting jobs in oxygen industry," the government sources were quoted as saying. 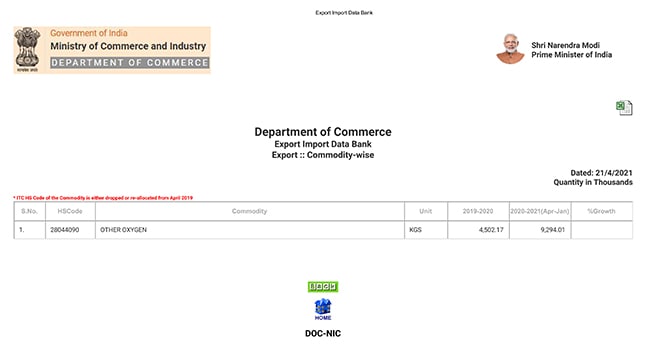 The Centre told the Delhi High Court yesterday that industries would be barred from using oxygen to boost supply to hospitals.

The Delhi High Court pulled up the Centre on its decision to ban oxygen for industrial use from tomorrow (April 22). "Why not do it today itself? Why wait for April 22? Lives are at stake. Are you going to tell patients to wait till April 22 for oxygen," the court questioned.

The Centre told the High Court: "Apart from nine industries, all others have been directed not to use oxygen, so that the same could be made available for medical use in the country."