A joint communique issued after the talks said the discussions covered a wide spectrum of cooperation on political, economic and trade, defense and security, developmental assistance and cultural cooperation. 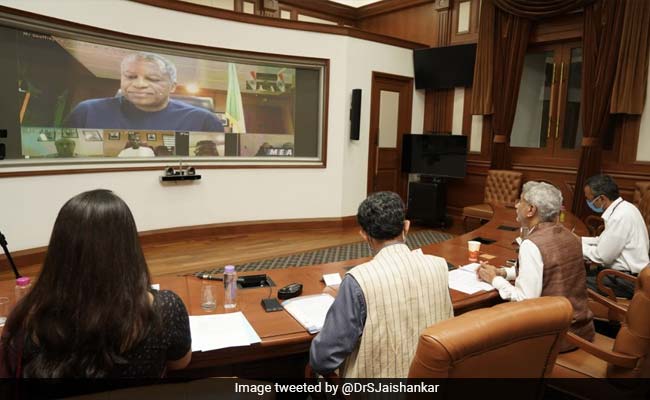 A joint communique issued after the talks said the discussions covered a wide spectrum of cooperation on political, economic and trade, defense and security, developmental assistance and cultural cooperation.

Both sides recalled their extensive cooperation in the field of defence training and capacity building, and expressed satisfaction that it was expanding to newer areas such as defence equipment support, medical and maintenance services, sharing of Research and Development expertise for counter-terrorism and counter-insurgency, and regular exchange of information.

The two ministers acknowledged the ongoing collaborative efforts through information sharing between the Indian and Nigerian navies, and increase of surveillance for maritime security in the Gulf of Guinea though collaboration between the two navies, the joint communique said.

The ministers urged the armed forces of both countries to continue to work together in the on-going efforts to counter terrorism, insurgency and piracy, it said.

Nigeria is a leading energy security partner of India, and both sides agreed to strengthen their cooperation in this sector including at the Government to Government level, the joint communique said.

Both sides also agreed to expand cooperation in Information Technology (IT), Defense and solar energy projects to be executed through Indian Line of Credit (LoC).

During the talks, the Nigerian side expressed appreciation to India for the recent donation of medical supplies in support of the on-going fight against the COVID-19 pandemic.

The two sides also agreed to further strengthen cooperation in consular matters and the desire to conclude bilateral agreements in the fields of Mutual Legal Assistance, Extradition Treaty and the Transfer of Sentenced Persons, the communique said.

Mr Jaishankar thanked Mr Onyeama for Nigeria's support for the safe release of 44 Indian seafarers taken hostage in three separate incidents of piracy in the Gulf of Guinea during 2019, it said.

The two sides emphasised that terrorism is a scourge and a threat to the entire world, and condemned terrorism in all its forms and manifestations, including violent extremism.