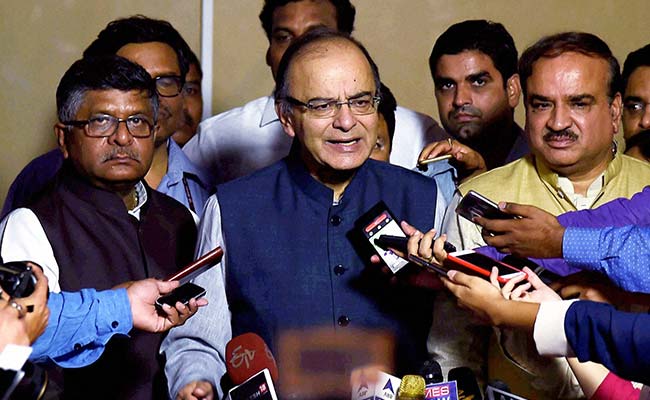 New Delhi: The term "united states" has always been most apt for describing India, a nation of unparalleled variety of peoples and climes, 23 official languages and thousands of dialects. Some villages have been home to particular lineages for so long that residents claim their own dialect is discernible from what's spoken in a town two miles down the road.

Over centuries - millennia even - ruling classes carved out principalities across the Indian subcontinent through war and alliances, fusing early forms of union out of linguistic and geographical affinities. And when India won independence from the British Empire in 1947, most of those "princely states" acceded to India's union, creating one modern nation-state with a population greater than any continent other than Asia.

But India remains loosely united politically and economically. While the country has two large national political parties, almost every state has one or more powerful parties of its own, and ruling coalitions in state capitals, as well as in New Delhi, are often cobbled together by unlikely coalitions. Each state also has its own tax laws, and interstate goods transport is highly regulated. Trucks line up at state borders as if entering another country. The tax chaos creates a huge headache for Indian businesses, scares off foreign investment and keeps prices for consumers high.

On Wednesday, the upper house of India's Parliament passed a landmark bill to streamline 15 goods and services taxes across the country. The law represents the biggest reform to India's economy since it was massively deregulated in 1991, leading the country away from decades of socialist policies. It is also the next step in the unification, for better or worse, of the Indian state.

Indian Prime Minister Narendra Modi came into power two years ago on pledges to bring sweeping economic reforms, and this is the only one his government has managed to get passed so far. Major initiatives on labor and land reform have stalled in parliament, and job growth is stagnant. His Bharatiya Janata Party, known by its initials B.J.P., even opposed a single, federal goods and services tax while in opposition.

But an economic legacy has to start somewhere, and despite some minor disagreements, there has been near unanimous political support for a unified tax code this time around. The B.J.P. now has until next April to prepare the specifics of the new tax code and to rally the few states opposed to the move. At that juncture, the majority of state legislatures must approve the bill for it to be enacted, which is widely expected to happen. That will make it the 122nd amendment to India's constitution. Then, finally, each state is required to pass its own version of the law.

States that are skeptical of, or even openly oppose, the law tend to be manufacturing states like Tamil Nadu, in the south. Stripping the right of states to set their own tax rates means that they will have less leverage to attract big business with favorable rates. Conversely, states that have failed to attract business may find that they now operate on a more level playing field.

Analysts expect the federal goods and services tax rate to be set around 18 percent. That is lower than the current tax rate on many items, such as automobiles and most retail goods. With a lower tax, and with hopes for greater transport efficiency, business are expected to lower prices, spurring greater demand. Arun Jaitley, India's finance minister, has said he hopes that all this will spur GDP growth by an extra 2 percent and create millions of jobs - once it goes into effect, that is.

As with all previous attempts to unify India in various ways, this law's implementation will probably take years. Results may not be visible by the end of Modi's first term, in 2019. But with only two years under Modi's belt - a very short time in India - hopes are still high for a brighter economic future.