It's all a part of this year's Malabar Exercises, the most complex naval engagement ever between India, the United States and Japan, exercises which feature submarines, guided missile cruisers and almost brand new destroyers and frigates packing some of the most advanced Naval war fighting systems available.

Key to the exercises is the Roosevelt, the nuclear powered aircraft carrier known to her crew as The Big Stick. Weighing in at more than 100,000 tonnes, the Roosevelt embarks more than 3,500 crew members and 90 aircraft. She is a floating airfield, a single ship with more firepower than what entire Navies of many countries possess.

The Roosevelt is presently at the centre of the US Navy's Seventh Fleet, the same fleet that had cruised into the Bay of Bengal at the height of the Indo-Pak war in 1971.

Back then, the 7th fleet was a threat to India.

How times have changed. 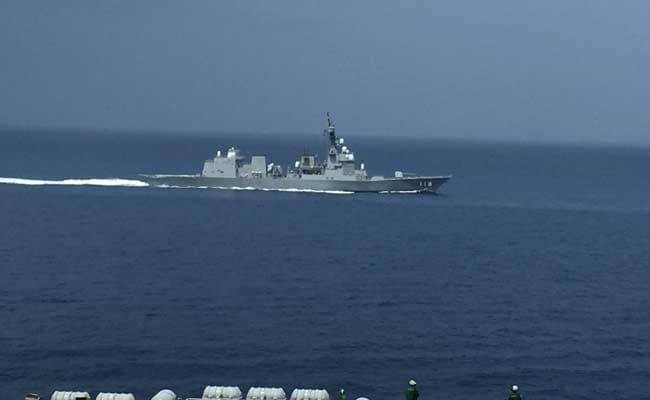 Today, the US, India and Japan who are all participating in these exercises are working together, perhaps more so than ever before. Key to the US shifting its area of interest to the Asia Pacific region is its participation in exercises like this - exercises which feature the Indian and Japanese Navies as well. It's no coincidence that these exercises are being held in the Bay of Bengal. All the three nations are closely observing the growing Chinese presence in the waters of the Pacific, the South China Sea where it is creating artificial islands and in the Indian Ocean region as well.

Asked whether India, the US and Japan were in the process of building a Naval alliance against China, Rear Admiral Roy Kelley, the Commander of the US Navy's Carrier Strike Group 12 told NDTV, an alliance "has to happen" though "I would hate to say against any particular country or focus area." According to the Admiral, "these three powerful countries are working together to ensure that we have a good exchange of commerce going through an important part of the world."

Neither is China oblivious to what is happening off India's Eastern seaboard. An article in the China Daily, a government mouthpiece states "The US concept of Asia Pivot revolves around isolating China and creating a block of Regional and Extra Regional 2nd tier powers to strategically suffocate China in the 21 century. These second tier powers include India, Australia and Japan." 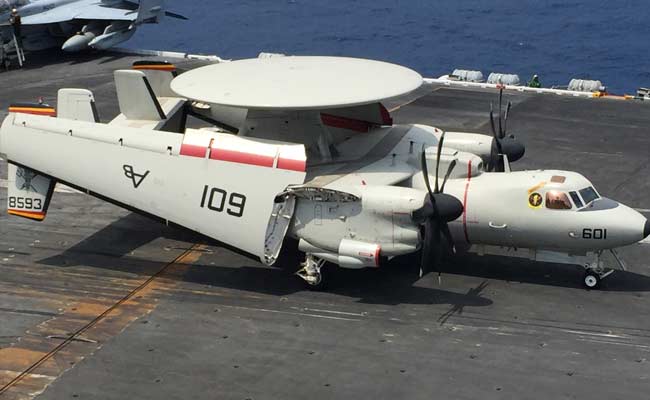 At the Malabar exercises, however, China is only a distant concern. The most immediate task is to ensure that in these exercises an Indian submarine, lurking in these waters, doesn't come within torpedo striking range of the Roosevelt and her escort ships.

The Americans know the Indian Navy to be highly skilled. In an interview to NDTV, Captain Craig Clapperton, the Commanding Officer, USS Theodore Roosevelt has said, "The Indian Navy comes with a fantastic reputation. One of the most capable Navies in the world and I'll tell you, in the last 24 hours, operating with the Indian ships out here, I've been incredibly impressed with their seamanship, their professionalism and their ability to command these extremely complex exercises."

The Malabar exercises this time involve almost the entire range of Naval exercises - air defence, anti-submarine warfare, surface drills by warships of the three sides and special forces exercises as well which will see India's Marine Commandos and US Navy SEALS working together. According to Captain Clapperton, "All three Navies are rotating Command and Control for what we call serials and so far the Indians have taken command of two or three of them and have done a fantastic job."

The exercises that will go on till the 19th of the month will bring together three close allies and friends. But whether these exercises eventually result in the creation of a Naval order in the Asia Pacific region is a larger question that remains unanswered at least for the moment.