"India Is Pillar Of US' Indo-Pacific Strategy": Official On Trump Visit

President Donald Trump "is going to India as a demonstration of the strong and enduring ties between our two countries," a senior US administration official told reporters 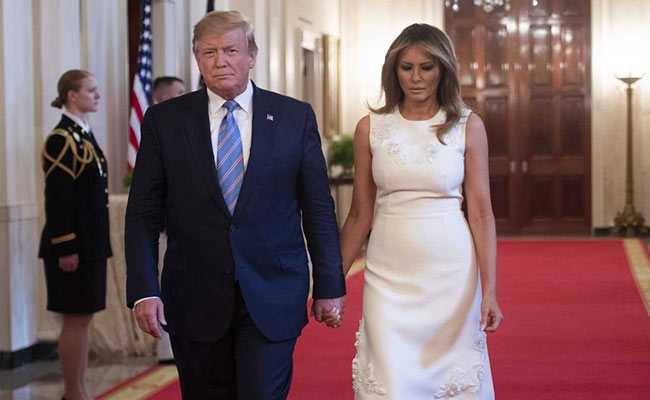 US President Donald Trump's upcoming visit to India demonstrates the strong and enduring ties between the two largest democracies of the world, the White House said on Friday. The US President and First Lady Melania Trump will lead a 12-member American delegation to Ahmedabad, Agra and New Delhi on February 24 and 25.

"The president is going to India as a demonstration of the strong and enduring ties between our two countries," a senior administration official told reporters less than 48 hours before President Trump departs for his first presidential trip to India.

"These are ties based on shared democratic traditions, common strategic interests, and enduring bonds between our people. And, in part, this has been exemplified by the very close relationship between the President and Prime Minister Narendra Modi," said the official.

US Ambassador to India Ken Juster will be travelling with the delegation.

"The visit will focus on several key areas. First, we'll focus on building our economic and energy ties," the official said, noting the two-way trade in goods and services exceeded $142 billion in 2018.

Observing that India is the fifth-largest economy in the world with massive energy needs, the official said the US is ready to help India meet those demands.

In 2016, energy exports from the US to India grew by 500 per cent to nearly $7 billion. During the trip, the two countries will focus on defence and security cooperation to fight terrorism and promote a free and open Indo-Pacific.

The US wants an India that is strong with a capable military that supports peace, stability, and rules-based order in the Indo-Pacific region, the official said.

"Indeed, India is a pillar of our Indo-Pacific strategy, and we continue to work together to promote this vision of a free and open international system based on market economics, good governance, freedom of the seas and skies, and respect for sovereignty," said the senior US administration official.

"This visit will build upon our many shared values, our strategic and economic interests, and lock in those gains made in the relationship by the administration over the last three years," the official said.