The move will help create a niche for Asia's third-biggest economy within the international financial system, Finance Minister Nirmala Sitharaman announced in her budget speech. 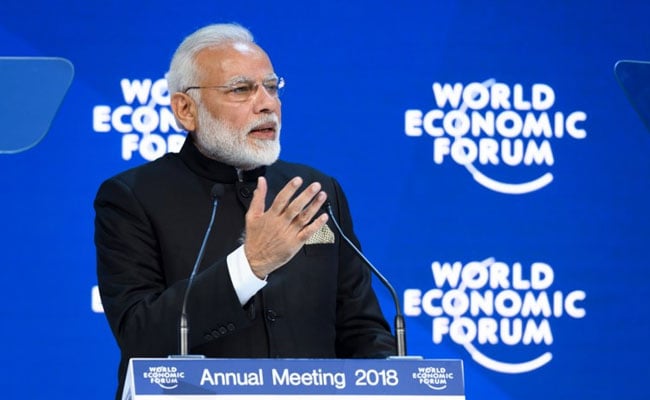 India is contemplating organizing an annual global investors' meet in the country, akin to the World Economic Forum in the alpine resort of Davos, to carve out a bigger global role for itself.

The move will help create a niche for Asia's third-biggest economy within the international financial system, Finance Minister Nirmala Sitharaman announced in her budget speech on Friday. China -- India's geopolitical and economic rival -- already has its own version of such a summit, known as the Boao Forum for Asia.

Prime Minister Narendra Modi, who made his Davos debut last year, has used this tack before as the chief minister of state of Gujarat before becoming the nation's prime minister in 2014. The biennial Vibrant Gujarat summit, which was followed by other Indian states, helped raise Modi's profile.

The idea for holding a summit is being mooted at a time the government is looking to attract more investments from overseas as it seeks to spur economic growth and generate more jobs. India also wants to tap investors who can help fund 100 trillion rupees ($1.5 trillion) to build infrastructure over the next five years.

"It is high time India not only gets integrated into global value chain of production of goods and services, but also becomes part of the global financial system to mobilize global savings, mostly institutionalized in pension, insurance and sovereign wealth funds," said Ms Sitharaman.

India will anchor its ambitions to the National Investment & Infrastructure Fund, Ms Sitharaman said, without elaborating. First announced in 2015, soon after PM Modi came to power, the NIIF is a quasi-sovereign fund meant to attract financing for new roads, ports, railways and power plants.