PM Modi said his government has attempted to bridge the trust deficit between the taxpayer and tax collector. 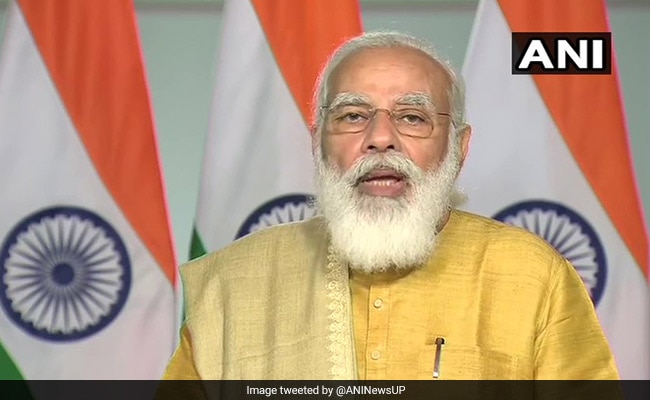 Prime Minister Narendra Modi on Wednesday underscored his government's tax reforms such as faceless appeals and dispute redressal mechanism to say India has moved from tax terrorism to tax transparency.

Speaking at the inauguration of an office-cum-residential complex of the Income Tax Appellate Tribunal (ITAT) at Cuttack, PM Modi said his government has attempted to bridge the trust deficit between the taxpayer and tax collector while also easing the rules and procedures.

Reduction in peak rate of corporate tax to 22 per cent from 30 per cent, going in for appeals only in case of a higher threshold of the disputed tax amount, removal of dividend distribution tax and quick refunds have brought transparency and simplified the tax structure, he said.

He further said the government has brought about reforms in rules, procedures and in using technology to a big extent.

"We are performing with clear intent and intention and also transforming the mindset of tax administration," the Prime Minister added.

"Today, income of up to Rs 5 lakh is exempt from taxes and the benefit of this is available to the youth who fall in the lower middle class bracket. In this year's Budget, we have provided the optional tax regime which is simpler and saves the taxpayer from unnecessary hassle and cost," he said.

"Also, to fast track growth and make India investment friendly, historic reduction has been brought about in corporate tax," he emphasised.

He said corporate tax was cut for existing companies to generate employment opportunities, while tax rate for new manufacturing units was lowered to 15 per cent to help the country become ''aatmanirbhar'' (self-reliant).

To increase investment in India's equity market, the dividend distribution tax has also been removed, he said.

PM Modi further said the monetary limit for filing appeals by the tax department in ITAT and Supreme Court has been hiked to Rs 50 lakh and Rs 2 crore respectively.

"With these steps, ease of doing business has been further accelerated and several entities have been freed of legal hassles," he said.

The Prime Minister said not much has happened post Independence to change the "exploited and exploiter" relation between the taxpayer and tax collector.

But now, change is happening, he said and went on to cite measures like faceless appeal, quick refunds and dispute resolution mechanism.

"Tax officers, while collecting taxes should ensure that common people do not face any trouble. Also, people should feel the impact of the ultimate usage of the tax money collected," he said.

"Today's taxpayers are witnessing the big changes and transparency happening in tax system. Now they don't have to wait for months for refunds. It happens in few weeks and that reflects the transparency," PM Modi said.

He said efforts made by the tax department towards dispute resolution and providing faceless appeal also help in bringing a sense of tax transparency among taxpayers.

India, Modi said, is among the select few nations which have codified rights and responsibilities of taxpayers. "This is an important step in restoring trust and transparency between taxpayer and tax collector."

Stating that wealth creators should be honoured, he said easing their problems will help in aiding the growth of the economy.

"When problems of wealth creators get minimised, they feel secured and confidence in country's system is enhanced. As a result, more and more people are coming under the tax net," he said.

PM Modi further said the sense of trust towards taxpayers has increased and now 99.75 per cent of income tax returns are accepted without any hassle.

"The government is trusting its taxpayers... In only 0.25 per cent cases, scrutiny is being done. It is a massive change brought in the country's tax system," PM Modi said.

He also said the Goods and Services Tax (GST) has reduced the complicated net of tax layers and lowered tax rates in most sectors.

PM Modi said the steps taken by the government such as lowering tax rates and simplification of procedures have helped honest taxpayers.

He further said ITAT has an important role to play in achieving the targets of tax reform, adding that the tax tribunal can consider conducting faceless hearings like the faceless assessment and appeals conducted by the income tax department.

"We can give priority to e-hearing over physical hearing," he said, adding that the COVID era has shown that people can perform their duties perfectly on video calls.

He said modern technology is being adopted for setting up ITAT benches and it would help in saving taxpayers' money, time and energy and also fast track dispute resolution.