India Election Results Till 11 AM: BJP, Allies Leads On 323 Seats

Indian Election Results 2019: According to the leads at 11 am, BJP crossed the 320 mark on its own and was leading on 323, while the Opposition Congress was at 107. The non-aligned parties were at 112. 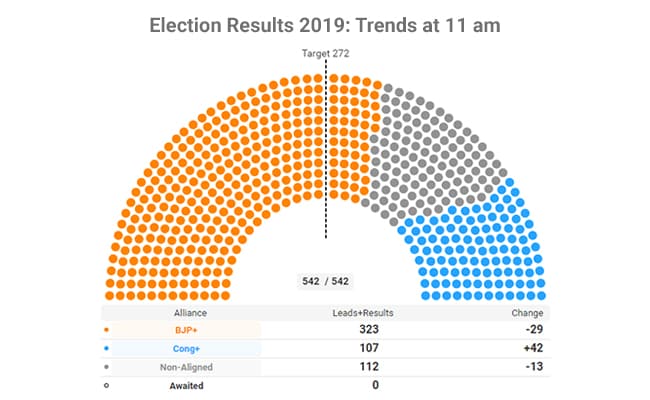 Election Results 2019: The counting is underway and the final results are expected by the evening.

As the counting of votes for general elections is underway, the result trends are coming in. The counting began at 8 am today and by 10 am, all the leads were in. According to the leads at 11 am, BJP and allies crossed the 320 mark on its own and was leading on 323, while the Opposition Congress and allies were at 107. The non-aligned parties were at 112. The counting is underway and the final results are expected by the evening. For LIVE updates on election results, check the LIVE blog. 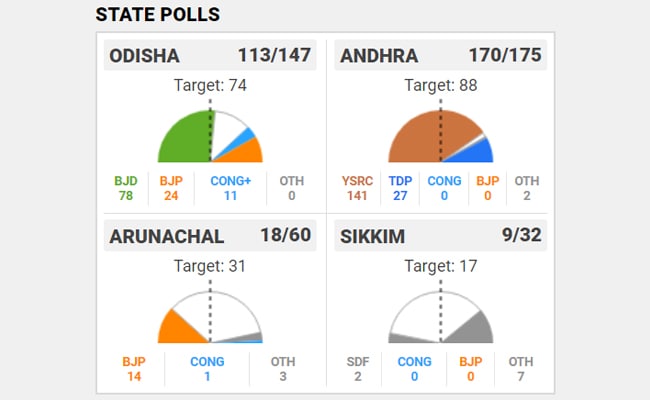 At 11 am in Arunachal Pradesh, leads for 18 seats were in, in which BJP was leading on 14 seats, Congress on one.