Indian and Pakistani border guards had skipped exchanging sweets in recent times due to border tensions. 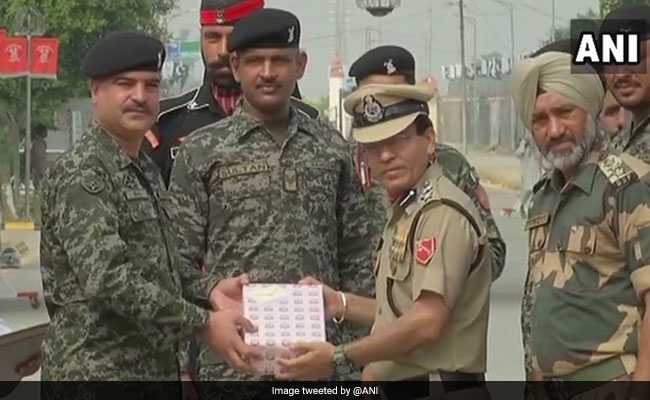 A wave of happiness and patriotism has run across the country as people can be seen hoisting the Indian flag and playing the National Anthem.

Earlier in the day, Prime Minister Narendra Modi hoisted the Indian Flag at the historical monument Red Fort and proceeded to address the nation.

He touched upon several topics, including sacrifices of the freedom fighters, the 100th anniversary of Jallianwala Bagh Massacre, progress since 2013, Indian Space mission 2022, women empowerment, Indian economy, Kashmir - to name a few.

Earlier in the day, sweets were also exchanged at the India and Bangladesh border's Fulbari Post, Siliguri, West Bengal between BSF and Bangladesh's Border Guards.

The citizens across the country have can be seen hoisting flags and flying tri-coloured kites.