In Yogi Adityanath's Budget No. 3, A Significant Mark Up For Cow Welfare

UP Budget 2019: Yogi Adityanath had directed all government district magistrates to ensure stray cattle across Uttar Pradesh are shifted to cow shelters with fences and veterinary care by mid-January. 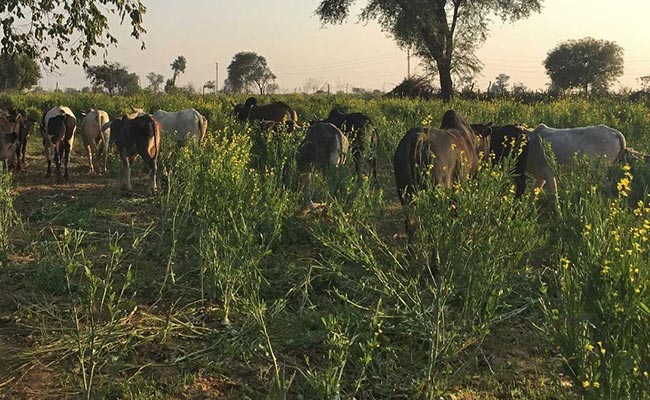 UP Budget 2019: Farmers across UP have been up in arms over a stray cattle problem

The Yogi Adityanath government in Uttar Pradesh seems to have once again acknowledged the serious stray cattle issue across the state by allocating a massive budget for cow welfare pegged at over Rs 500 crore. This is at least two times more than the corresponding allocation by the state government last year.

In the last few months, farmers across the state have been up in arms over a massive stray cattle problem. Farmers say stray cows are eating up their crop in the fields and leading to massive losses. In the last two months, desperate farmers have locked up cows in schools and other government buildings in villages, in some cases physically preventing classes from taking place.

The Yogi Adityanath government responded by asking for police FIRs against anyone locking up cows in schools or government buildings, but a report in the Indian Express says the police have started closing cases against farmers after facing huge public resentment and anger.

The chief minister had directed all government district magistrates to ensure stray cattle across Uttar Pradesh are shifted to cow shelters with fences and veterinary care by mid-January, but anecdotal evidence from different districts suggests the problem still persists. Heading into an election year and facing angry farmers is a situation the BJP does not want, say party sources, and hence the significantly marked up budgetary provisions.

Since the Yogi Adityanath government took charge in UP last year, it claims to have come down hard on cow smuggling and illegal slaughter-houses. While there are no figures available, anecdotal evidence from various districts suggests ageing cattle are being abandoned by villagers across the state.