Prime Minister Narendra Modi attended the 'Bhoomi Pujan' or the foundation stone laying ceremony for the temple in August 2020. 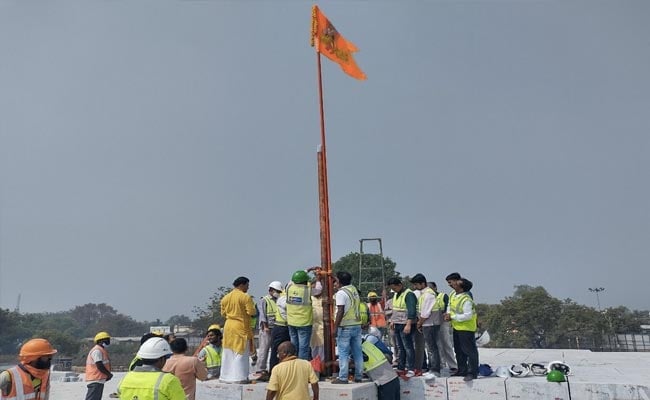 Yogi Adityanath's visit to Ayodhya for the ceremony comes at a significant time for Uttar Pradesh.

Uttar Pradesh Chief Minister Yogi Adityanath will be in Ayodhya for three hours tomorrow, to attend an event related to the under-construction Ram temple that marks a significant milestone in the process.

The Chief Minister will take part in a ceremony to lay the foundation stone of the 'Garbha Griha' or the sanctum sanctorum of the temple by placing the first carved stone in it.

Prime Minister Narendra Modi had attended the 'Bhoomi Pujan' or the foundation stone laying ceremony for the temple in August 2020 after which construction had started. The temple is expected to be ready just before the 2024 national elections.

Yogi Adityanath's visit to Ayodhya for the ceremony comes at a significant time for Uttar Pradesh. Court cases over disputes involving at least two other mosques - the Gyanvapi mosque in Varanasi next to the Kashi Viswanath temple and the Shahi Idgah in Mathura next to the 'Krishna Janmabhoomi' or the birthplace of Lord Krishna have been heard in courts in the last month

The Gyanvapi mosque issue has gathered particular attention with court-mandated filming inside the mosque leading to the discovery of a purported 'Shivling' inside a pond used for washing rituals before prayers. There have been multiple leaks to the media in the case despite the Supreme Court's involvement - first, the survey report of the mosque was leaked and then the footage of the filming process inside it.

The court of Varanasi's district judge will hear the matter in July now. The Gyanvapi mosque committee has called the case by 5 women from a religious organisation, who claim there are idols of Hindu Gods and Goddesses inside the mosque, fictitious and that any survey inside the mosque is illegal.