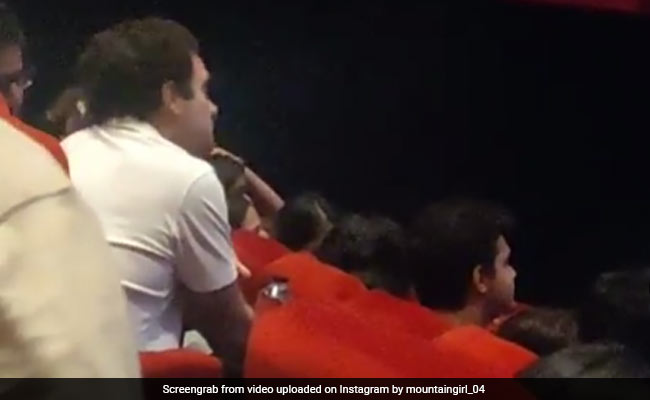 After resigning as Congress President, Rahul Gandhi on Wednesday watched a movie in a Delhi multiplex like a common citizen.

A video of Rahul Gandhi watching the Hindi movie "Article 15" on Wednesday evening at PVR Chanakya went viral on social media platform Instagram, where he was praised for not behaving as a VIP.

In the video, Rahul Gandhi was seen interacting with a person sitting next to him and also having some popcorn.

On Wednesday he ended weeks of speculation by stepping down as the party President. Mr Gandhi offered to resign as the party chief during the Congress Working Committee meeting on May 25, two days after the results of the Lok Sabha elections were announced.

The Congress could manage to win only 52 out of 542 seats in the Lok Sabha elections.

Rahul Gandhi offered to resign taking the moral responsibility of the party's drubbing in the elections.

He lost from his pocket borough of Uttar Pradesh's Amethi to Union Minister and BJP candidate Smriti Irani by a margin of 55,000 votes. He was, however, elected from the Kerala's Wayanad parliamentary constituency.