Monsoon 2020 news: Three people including two children died after their house collapsed in heavy rain in Pithoragarh district of Uttarakhand on Friday. 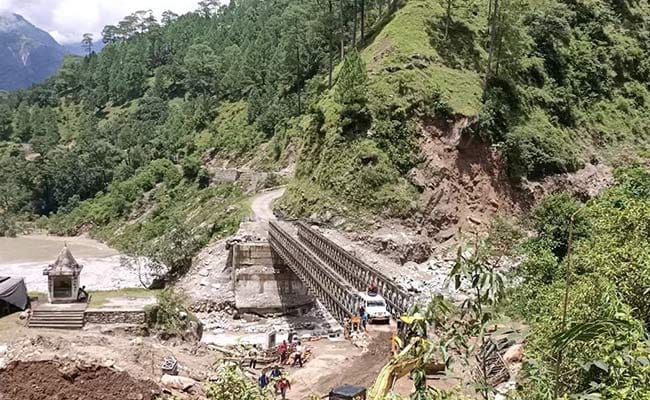 Landslide in Pithoragarh after cloudburst last month. Uttarakhand has been getting very heavy rainfall

Monsoon 2020: Two children and their father died after their house collapsed in heavy rain in Pithoragarh district of Uttarakhand on Friday. According to an official, continuous rain pounded various parts of Uttarakhand, blocking several roads including those leading to the Himalayan temples.

The old house collapsed at about 3 am and the three died on the spot. They have been identified as Kushal Nath, his four-year-old son Dhanajay and two-year-old daughter Nikita. The mother of the children have been injured, Pithoragarh District Magistrate, VK Jogdande, said.

According to the state disaster management office, the road from Dehradun to Badrinath, Kedarnath and Yamunotri are blocked at several points with rocks and boulders tumbling down the hill slope following heavy rain. The Rishikesh-Badrinath highway was blocked in Totaghati in Chamoli, the road to Kedarnath at Jaleshwar Mahadev and the one to Yamunotri at Silai bend in Uttarkashi.

Apart from these roads, several other key links in Tawaghat, Munsiyari, Almora, Kotdwar and Pauri were blocked, the disaster management office said.