Lucknow: After his teen son died at a hospital in Uttar Pradesh, his father was offered no transport to return home. Devastated, the man carried his 15-year-old's body first on his shoulders and then on a bike in Etawah in the western part of the state till he reached his village, seven kilometres away.

Juxtapose the sting of that tragedy with the fancy new ambulance service for cows in Lucknow that was launched on the same day - Monday.

The scheme, which provides a total five equipped with enough tools for a basic surgery, is paid for and run by an NGO. It was inaugurated by Deputy Chief Minister Keshav Maurya and plans to cover large parts of the state in time.

At 11.45 am, the phone rings in the office of the Gau Vansh Raksha Trust, which describes itself as a non-profit dedicated to protecting and serving cows. The owner of a gau shala or shelter for cows, some of which are placed here to prevent them from being slaughtered, complains that a month-old calf is severely sick.

Dr Bharat Yadav, a 28-year-old vet is accompanied by volunteers and staff. The team of five races over - a siren helps clear traffic. 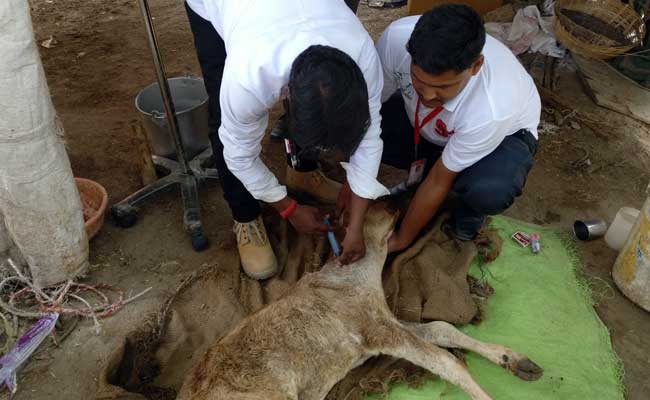 The UP Trust is a non-profit organisation dedicated to protecting and serving cows.

70-year-old Ram Din, a third-generation milk-supplier in Lucknow has virtually written off the calf. Dr Yadav's team provides a thorough check up, medicines and two injections" The calf is suffering from dehydration. I think we should be able to save it," says Dr Yadav

Ram Din is not convinced. "I am not sure it will survive. But yes, it is a good thing, and I called them and they came, thats also good "

The NGO is part of a 20-year-old organisation which been mainly focused on helping rural labour to get work under the  MNREGA employment scheme.

Over the last two years, it expanded its effort into ministrations for gau shalas in the capital of Uttar Pradesh to protect and help cows, sacred for Hindus. The office is located in Gomti Nagar, among the fanciest neighbourhoods of Lucknow.

Promoted
Listen to the latest songs, only on JioSaavn.com
Sanjay Rai, the chief trustee, has a long affiliation with the BJP, though he experimented briefly with the Samajwadi Party of Mulayam Singh too. "We want to give such ambulances to all 75 districts of the state. Then depending on how much funding we can get, we will aim at more. I just want to say that this service has nothing to do with politics." Minutes later: "Yes, it is true that our main inspiration is Prime Minister Modi and Chief Minister Yogi Adityanath." 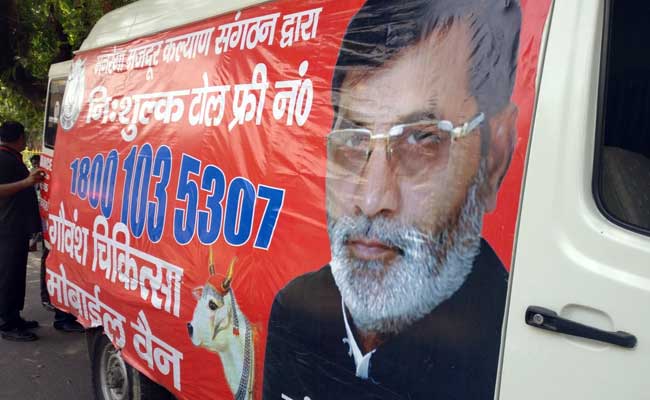 Sanjay Rai, the chief trustee, has refused to reveal the funding for cow ambulances.

Since the saffron-robe-wearing Yogi or monk took over as Chief Minister in March, Uttar Pradesh has witnessed a crackdown on unlicensed slaughterhouses. Muslims, who dominate the meat industry, say the move is a thinly-disguised attempt to persecute them at a time when right-wing nationalism is surging. But supporters of the BJP and its leaders say they're enforcing a key promise made by the party in its election manifesto and are obliged to shut down abattoirs that are violating public health, hygiene and safety.
Mr Rai refuses to reveal his funding. "The government is not funding us, they are just backing us. The funds have all come in the past and will come in the future from people who believe in the sanctity of the cow. I am sure we will have no problems," the 54-year-old says.

Already, the Lucknow office has 32 full-time volunteers who are paid a nominal stipend. More are asking to join, says Mr Rai. When we leave at 1 pm, the office has already received over 100 calls from across the five districts where the ambulance service is operating.