The accused managed to escape and a search has been launched to arrest him. 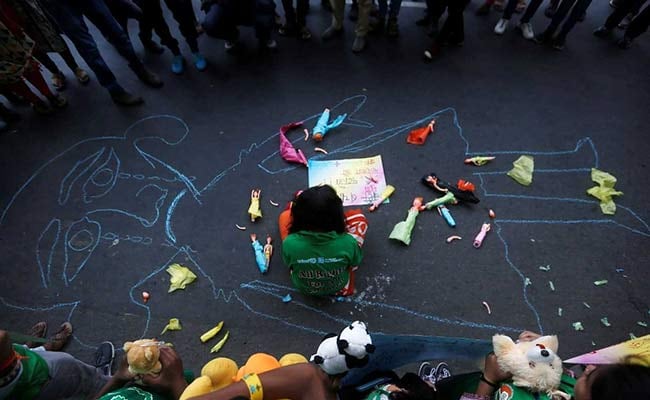 Several cities have witnessed protests amid rise in sexual crimes against minors. (File)

Muzaffarnagar: A nine-year-old boy was allegedly sexually assaulted by a man in a village in Muzaffarnagar, police said today. The incident took place last evening.

The boy was lured and taken to a forest area by the man when he was playing at a field near his house, Station House Officer (SHO), Titawi, Sube Singh said.

The officer said a case was registered on a complaint lodged by the boy's father. Locals rescued the boy after he shouted for help, he said.

The accused managed to escape and a search has been launched to arrest him, the SHO said.

The incident has been reported at a time when brutal rape and murder of an eight-year-old girl in Jammu and Kashmir's Kathua and another rape and murder case in Surat has sent shock waves across the nation. The president today signed an ordinance that allows death penalty for rape of children under 12 years of age.

In another case reported from Muzaffarnagar, a doctor was arrested for allegedly confining a 13-year-old girl in his clinic for three days to rape her. The father of the girl said she had gone to the clinic to get some medicines.
Comments
MuzaffarnagarChild RapesCrimes Against Children