At least 12 people - who were seriously injured - have been admitted to the government hospital at Pandhurna. Two people received eye injuries, said police. 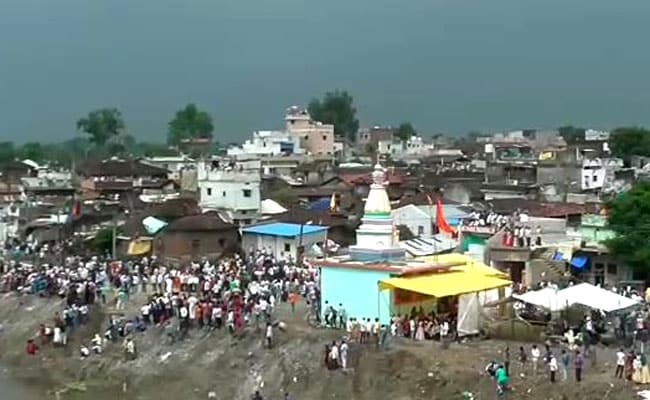 More than 400 people were injured during the Gotmar fair - annual stone-throwing festival - in Chhindwara district of Madhya Pradesh on Saturday.

At least 12 people - who were seriously injured - have been admitted to the government hospital at Pandhurna. Two people received eye injuries, said police.

Every year, as a part of the 400-year-old tradition, villagers from Pandhurna and Sawargaon assemble for the Gotmar fair on the two sides of Jaam river that divides the villages. Teams from the two villages then compete to grab a flag put up in the middle of the river.

As each team makes desperate attempts to reach to the flag, villagers throw stones at them.

This year, villagers from Pandhurna grabbed the flag and were declared winners.

Gotmar literally means throwing stones. In the local language, "Got" means stone and "Mar" is "to hit". According to the villagers, it is believed that hundreds of years ago, when a boy from Pandhurna eloped with a girl from Sawargaon, they were attacked with stones when they were crossing the river. Villagers from Pandhurna came to their help, and the couple crossed over safely.

The fair is now monitored using drones and CCTV cameras. "This is an age-old tradition. We monitored the entire Gotmar fair using CCTV and drone cameras," Chhindwara SP Manoj Rai.

The administration also ensures medical aid is available on the spot. "It's a tradition so difficult to stop completely but we banned the consumption of liquor and use of 'Gophand', the ropes used to throw stones. We had also made arrangements for medical treatment on the spot.