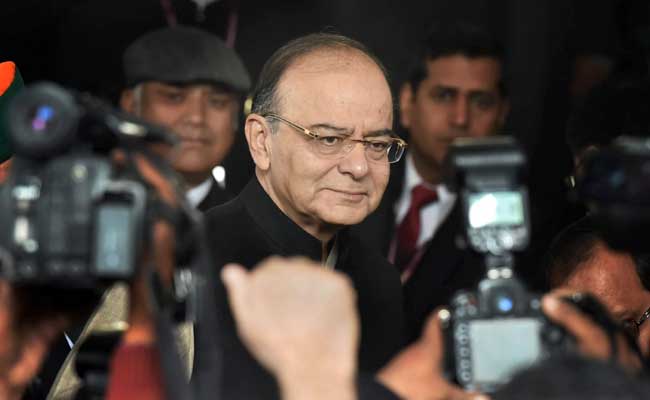 Srinagar: The Finance Ministers of 29 states and three union territories and union Finance Minister Arun Jaitley will be in Jammu and Kashmir capital Srinagar today for the final meet before the Goods and Services Tax (GST) rollout on July 1. The choice of the venue for this all important meet is being viewed as a political statement by the government as it comes in the backdrop of a restive Valley, marked by violence and protests in recent months.

The two-day meeting of the GST Council that begins today will be chaired by Mr Jaitley and will be attended by around 150 dignitaries, including Finance Ministers and Finance Secretaries of all the states. The meeting will be convened at the Sher-e-Kashmir International Convention Centre where additional forces have been deployed.

The meeting is being held to take a final call on the new taxation regime and finalise the rates of different commodities and services.

The Mehbooba Mufti government is keen to signal the preparedness of the state to be part of the emerging national narrative on GST. The Jammu and Kashmir government has already moved on initiatives like a January-December financial year and a universal benefits policy.

This meeting comes a day after massive search operation involving around 1,000 security personnel was launched in Jammu and Kashmir's Shopian in the early hours today after reports of terrorists in a village.