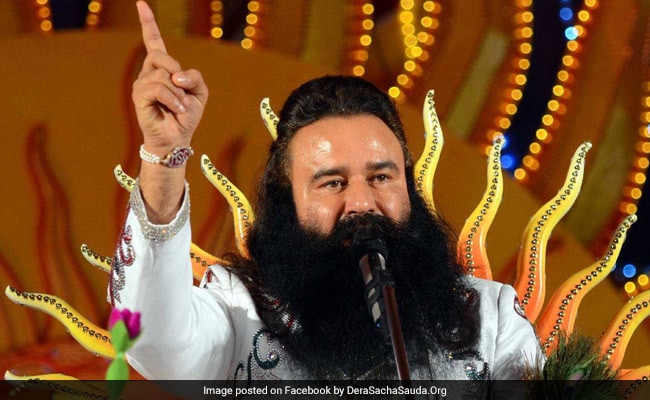 A special court in Panchkula will pronounce the sentence on Dera Sacha Sauda chief Gurmeet Ram Rahim Singh and three others in the journalist murder case through video conferencing on Thursday.

The CBI court on Wednesday accepted the plea of Haryana government which had sought appearance of the 51-year-old sect head through video conferencing during the pronouncement of quantum of sentence for the murder of journalist Ram Chander Chhatrapati, said CBI Counsel HPS Verma.

All the four were convicted under Section 302 (murder) and 120 B (criminal conspiracy) of the Indian Penal Code. Nirmal Singh and Krishan Lal were also convicted under the Arms Act.

The state government had filed the plea on Tuesday, citing that the movement of Dera chief could lead to law and order situation.

Mr Verma said counsels of all the four convicts will be in present in the court when the quantum of sentence will be pronounced.

Meanwhile, security has been beefed up in Panchkula and other parts of Haryana.

The journalist was killed in Haryana's Sirsa city in 2002 after his newspaper published a letter alleging sexual exploitation of women by the self-styled godman.

Chhatrapati was shot outside his house in October 2002 after his newspaper ''Poora Sach'' published an anonymous letter narrating the alleged sexual exploitation of women followers by Gurmeet Ram Rahim Singh at the Dera headquarters in Sirsa.

The Dera chief was named as the main conspirator in the case.

Chhatrapati's family had approached the Punjab and Haryana High Court in 2003, seeking transfer of the case to the CBI.

The investigation was later handed over to the CBI which filed a charge sheet in July 2007.