Monsoon 2020 news: In Jammu and Kashmir, a key road link was blocked due to a massive landslide Tuesday morning. Heavy rain and landslides have also been reported in Uttarakhand. 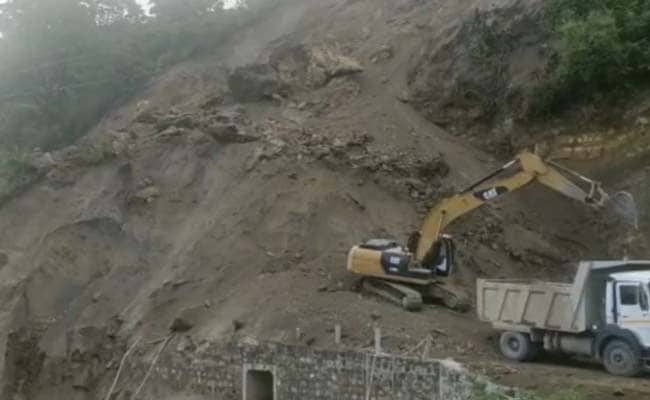 Monsoon 2020 updates: Heavy rain triggered a massive landslide on the Jammu-Srinagar national highway at Ramban Tuesday morning. Traffic movement was severely hampered on the only all-weather road linking Kashmir with rest of the country, an official said.

"The landslide struck the highway at about 5 am, damaging a portion of the road. Agencies concerned have started clearing the rubble," senior police official, Ajay Anand, told news agency Press Trust of India. Mr Anand added that the restoration work would take time given the damage to the road.

Traffic was also halted at Qazigund in south Kashmir after the landslide, the official said. Smaller vehicles were stopped at various places due to the closure of the highway.

The Central Water Commission has warned of "moderate flash flood threat over the next six hours in some watershed areas and neighbourhoods of Poonch, Reasi and Ramban districts of Jammu and Kashmir."

There is a flash flood alert in few districts of Uttarakhand including Uttarkashi, Rudraprayag, Chamoli and Bageshwar as well.

Meanwhile, one person has died and three others have been injured after a house collapsed due to cloudburst in Chamoli today. The Rishikesh-Gangotri National Highway in Uttarakhand is blocked near Narendra Nagar after a landslide due to heavy rain in the area.

The landslide occurred at about 3 am and the rubble fell on a panchayat office pulling it down, the police in Chamoli said. Three people inside the panchayat office have been badly injured.

The weather department has warned of very heavy rainfall in Dehradun, Pauri, Chamoli, Pithoragarh and Bageshwar districts of Uttarakhand tomorrow and day after.

landslides in jammu and kashmirUttarakhand Landslides