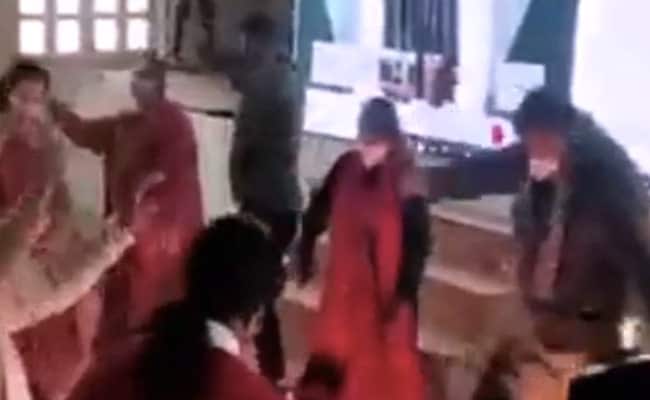 The Defence minister could be seen in the background.

A cellphone video from the municipal committee hall of Solan shows a group of men and women dance in a circle to natti, a traditional folk dance of the hills.

The Defence minister could be seen in the background, on a huge television screen erected for the virtual celebrations. But the audio was muted, and all that can be heard were the strains of the music.

The dancing group in the foreground included the office bearers of the local civic body and the local BJP unit.

The party workers were asked to assemble in their respective mandals to view the virtual celebrations on the large screen.

But the workers, it appeared, decided not to allow the speech to interfere with the offline celebrations. Senior BJP leaders, including the Chief Minister and state BJP chief, were seen trying to focus on the screen.