A government report accessed by NDTV says that four of the six bridges that got washed away were built in the past 12 years at a cost of 33.55 crores. 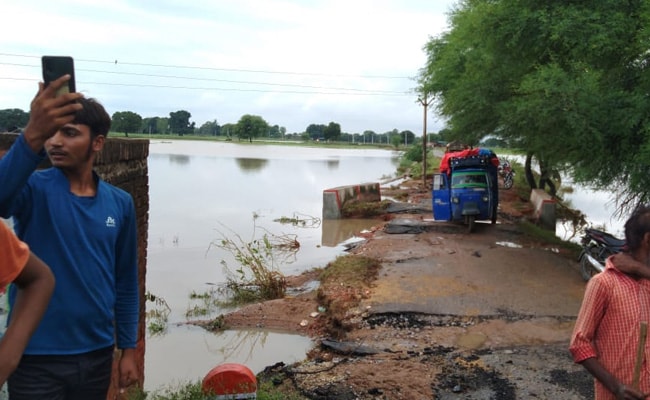 Six bridges have washed away in Madhya Pradesh in three days.

The washing away of six bridges in three days in rain-hit Gwalior-Chambal region of Madhya Pradesh has raised quetions over the built quality of the structures developed by the state over the past decades.

A government report accessed by NDTV says that four of the six bridges that got washed away were built in the past 12 years at a cost of 33.55 crores.

The internal note also mentions that there is no record of cost incurred on the bridges built on Datia's Sewda in 1982 and Sheopur's Manpur in 1985.

The government has formed a three-member committee to probe the possible "design flaw" in the bridges that got washed away.

PWD minister Gopal Bhargava told NDTV, "Government has formed a three-member committee to investigate a possible design flaw in the six bridges that got washed away due to heavy rains in the Gwalior Chambal division in the past three days. The committee will also investigate the quality of construction."

"Built just a few years back these bridges got washed away like cards? Crores were spent. There should be a high level enquiry and accountability should be fixed," former chief minister Kamal Nath said in a tweet.

In Sheopur, according to preliminary assessment, about 19 thousand people of 89 villages have been affected.

So far, five casualties have been reported.

Efforts are on to shift 200 people to a safe place in Shivpuri. In Datia, 12 thousand families of 36 villages have been affected. There are 8 relief camps operating in the district. A total of 1,165 people have been shifted to safer places.