In the month starting November 25, authorities expect almost 1 lakh depositors to file claims for the money they lost in the Rs4,000-crore IMA Ponzi scam. 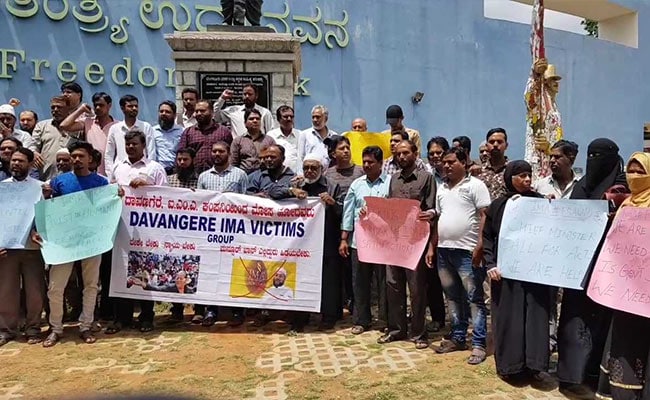 Depositors of the Rs4,000-crore IMA Ponzi scam can file claims for a month starting November 25. (File)

There's finally some good news for thousands of depositors caught in the Rs4,000-crore IMA Ponzi scam. Starting November 25, they have a one-month window to claim the money they lost to I Monetary Advisory (IMA) Group, authorities said.

Special Officer Gupta expects a huge number of applications to approach the authority between November 25 and December 24.

"We are expecting about 75,000 to 1 lakh claims. Our audit shows that Rs2,900 crore is the unpaid principal amount. And if we submit the returns the depositors have already got, around Rs1,400 crores is the likely claim amount," he said.

The Ponzi scam related to the Bengaluru-headquartered IMA Group came to light in June 2019 after payments stopped to its dream-return schemes, pitched as complying with Islamic rules of investment. Simultaneously, the founder Mansoor Khan disappeared abroad, leaving thousands of investors in the lurch. He was arrested a month later.

Though the properties of those allegedly involved in the IMA Ponzi scam have been seized, it will be a while before their auction is authorised. This means a wait of several months before investors can see their money again.

"Till now, we have attached property worth Rs475 crore. It will take at least six months for the court to confirm the attachment and for us to auction and realise the money. There may be an appeal also... I foresee roughly 5 to 6 months," Mr Gupta said.

The officer also released a list of rules for filing claims.

"Depositors can file their claim using Aadhaar card number or transaction details from non-IMA bank account after transferring Re.1 to the account of the claim settlement body. No more documents would be needed for those with active IMA accounts. Else, documents with details of scheme they enrolled for would have to be shared, rules stated," rules listed by the claims' authority stated.

If the amount claimed tallies with IMA records, depositors need not give any receipts of deposits either, the press note states sharing helpline details for complete list of rules.