I'm For Facebook, No, Wait, You Are: Kapil Sibal-Mukul Rohatgi Banter

Mukul Rohatgi and Kapil Sibal argued over who was representing WhatsApp and who was appearing for Facebook, which owns the messaging app. 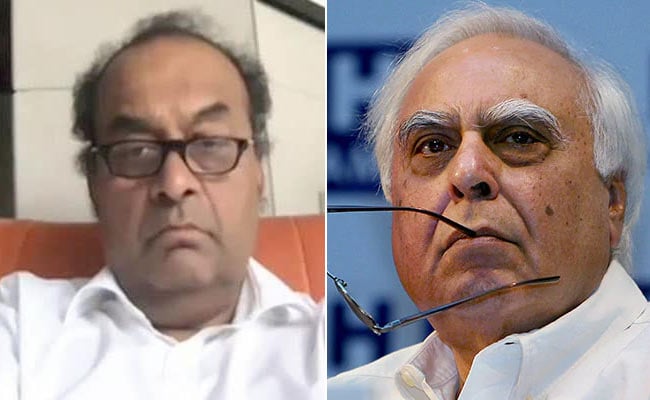 During a hearing on WhatsApp's controversial new privacy policy in the Delhi High Court today, an exchange between top lawyers revealed confusion that was almost comical. Even the judge couldn't resist some humour on "data sharing" between lawyers Mukul Rohatgi and Kapil Sibal, who were on the same side of the case.

On a petition challenging WhatsApp's policy changes, which have been deferred till May after a backlash, the court said people could choose not to use or join the platform if they did not agree with the terms and conditions.

In an interesting sidebar during the hearing, two lawyers bantered over who was representing WhatsApp and who was appearing for Facebook, which owns the messaging app.

Mr Rohatgi, looking puzzled, replied: "Really? I thought it was the other way round..."

That is when the judge, Justice Sanjeev Sachdeva, cut in and said: "Both of you need to share some data on who is appearing for whom."

In course of the hearing, the petitioner said WhatsApp's new policy allowed full access into a user's online activity without any supervision by the government. Users can either accept the changes or exit the app, but they cannot opt not to share their data with other Facebook-owned or third party apps, says the petitioner, adding that the option to reject the changes was given to WhatsApp users in European nations but not in India.

WhatsApp and Facebook, represented by Kapil Sibal and Mukul Rohatgi, told the court that the plea was not maintainable and many of the issues raised in it were without any foundation.

"It is a private app. Don't join it. It is a voluntary thing, don't accept it. Use some other app," Justice Sachdeva said to the petitioner.

The court also said that if the terms and conditions of most mobile apps were read, "you would be surprised as to what all you are consenting to".

"Even Google maps captures all your data and stores it," said Justice Sachdeva.