"If US, North Korea Can, Why Can't India, Pak": Pak Leader On Peace Talks

Shehbaz Sharif, who is a prime ministerial candidate from PML-N, also asked India to leave behind past tensions between arch-rivals and start afresh. 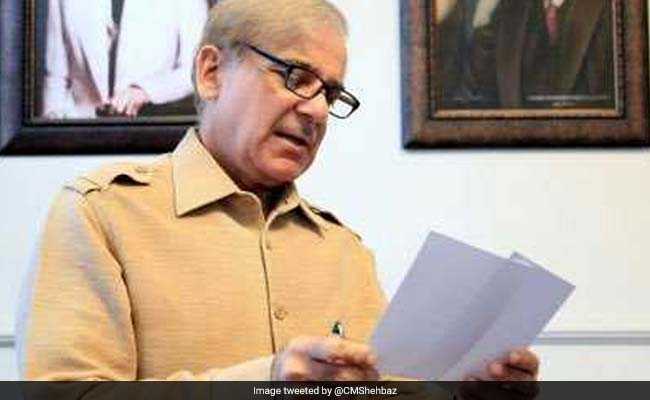 Shehbaz Sharif posted a series of tweets after the US-North Korea summit.

Lahore: Pakistan's ousted prime minister Nawaz Sharif's brother and PML-N chief Shehbaz Sharif has asked India to resume peace talks with Islamabad, saying the Singapore summit between the US and North Korea should set a good precedent for both the bickering neighbours to follow.

Marking an epoch in the history of the decades-long tense relationship between the US and North Korea, leaders of the two countries yesterday met in Singapore for a summit where the North's Kim Jong-un pledged to work toward the "complete denuclearisation" in return for security guarantees from Washington.

"If the United States and North Korea can return from the brink of a nuclear flashpoint, there is no reason why Pakistan and India cannot do the same..." Shehbaz Sharif in a series of tweets said.

This is a rare statement from Shehbaz Sharif on India, contrary to his elder brother (Nawaz Sharif) whose one of the major reasons behind his ouster, as many political pundits here say, was his efforts to normalise ties with New Delhi.

Mr Shehbaz, who is a prime ministerial candidate from his party, also asked India to leave behind the past tensions between the arch-rivals and start afresh.

"The US and North Korea talks should be a role model for Pakistan and Indian. If they can return from their previous hostile positions of attacking each other, Pakistan and India can also resume composite dialogue," he said.

The PML-N chief said if his party returns to power in July 25 elections, it will promote peace in the region with a focus on Afghanistan, as peace in Afghanistan is "inextricably intertwined" with peace and security in Pakistan.

Promoted
Listen to the latest songs, only on JioSaavn.com
He welcomed the initiatives mooted by the Afghan government and the Afghan Taliban for ceasefire in Afghanistan during Eid-ul-Fitr.

Terming it as a positive first step towards promoting an Afghan-led Afghan-owned peace process, Mr Shehbaz said the PML-N government had played a pivotal role in initiating steps for peace in Afghanistan, including hosting the first-ever direct, face-to-face talks between the Afghan government and the Afghan Taliban in Murree in July 2015.