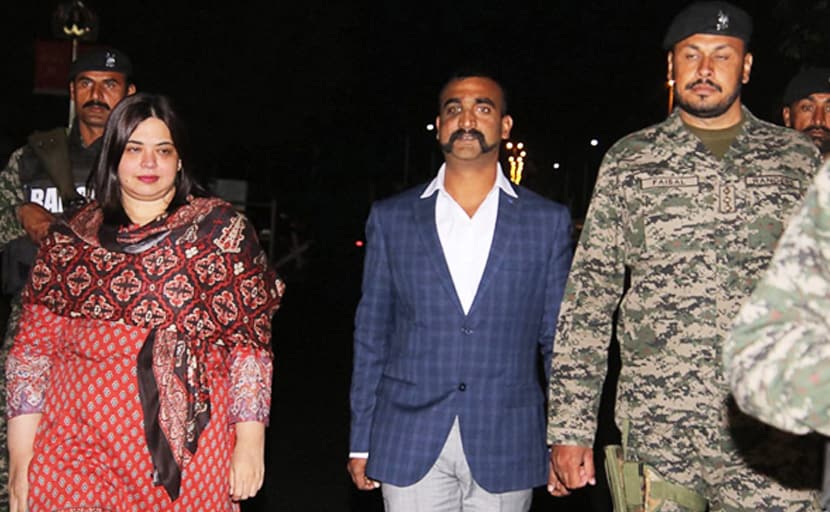 Wing Commander Abhinandan Varthaman, who was brought to Delhi after he crossed into India through the Attari-Wagah border late last night, has been shifted to an Indian Air Force hostel after a medical check-up at a military hospital, sources said. The Air Force pilot, who was captured by Pakistani forces after his MiG-21 went down during a dogfight in which a Pakistani F-16 was also blasted out of the sky, returned home after spending nearly 60 hours in captivity.

The pilot's homecoming, which inspired many hashtags on social media, was celebrated across the nation with politicians, celebrities and others saluting his grace and courage in the most dangerous circumstances.

Wing Commander Varthaman, who comes from a family of decorated fighter pilots, became for many a symbol of hope and the easing of tension between India and Pakistan after their biggest standoff in years.

He was also praised for his grit and composure as he was beaten up by locals, blindfolded and handcuffed by the Pakistani military and then questioned, seen in videos emerging out of Pakistan that violated the Geneva Convention.

Pakistan Prime Minister Imran Khan on Thursday announced in parliament that the country would release him as a "peace gesture".

Ties between India and Pakistan have plunged to a new low after a suicide bomb attack in Jammu and Kashmir's Pulwama last month that killed 40 paramilitary troops. Pakistan-based Jaish-e-Mohammed claimed responsibility, prompting India to lash out at Islamabad for supporting terrorists.