"JRD got clubbed with nepotism and I was branded as the wrong choice," said Ratan Tata. 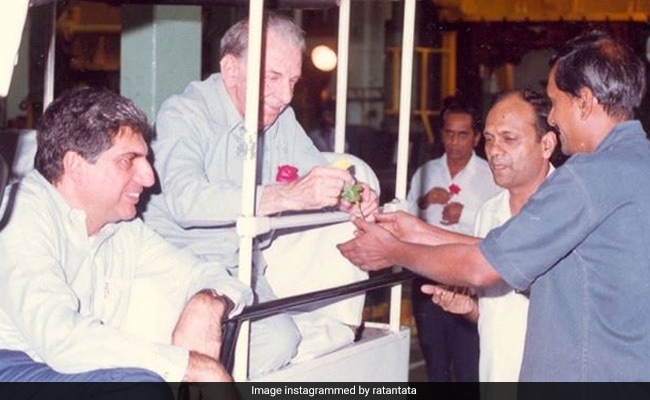 Ratan Tata spoke about his relationship with JRD Tata in an interview to Humans of Bombay.

Industrialist and philanthropist Ratan Tata has opened up about the claims of nepotism he faced after JRD Tata stepped down as chairman of Tata Sons while speaking to 'Humans of Bombay'. In the second post of a three-part interview, the Chairman Emeritus of Tata Sons said the criticsm at the time was personal as "JRD got clubbed with nepotism".

He also spoke about the relationship he had with JRD Tata, saying that he was like a father and a brother to him.

Jehangir Ratanji Dadabhoy Tata and Ratan Tata come from different branches of the Tata family. In 1991, JRD Tata, who had led the group for over half a century, appointed Ratan Tata to be his successor.

"At first, there was no criticism, but when he decided to step down from Tata Sons, there was vicious criticism," said Ratan Tata, adding that there were other aspirants to the position and vocal opposition to his succession as chairman. "If you were to find the publications of that time, the criticism was personal -- JRD got clubbed with nepotism and I was branded as the wrong choice."

He said that he handled the criticism by maintaining a dignified silence and focusing on proving himself.

Mr Tata, 82, also opened up about his time working for the Tata Group, saying that his first internship at Tata Motors (then TELCO), was a "total waste of time". He said that it was only when he moved to Tata Steel that he got to handle specific assignments and began to understand the plight of people working around him.

"Which is why, years later, when we had to downsize Tata Steel from 78,000 people to 40,000 we made sure they were paid their present day wages until the day of retirement -- it's been an inherent part of our DNA to serve those who serve us," he said.

Ratan Tata concluded the interview by talking about JRD Tata and recalling an incident where he refused to take over his mentor's office. "I was lucky to have him there. He was my greatest mentor... He was like a father and a brother to me -- and not enough has been said about that," he said.

"Such a nice series. It's great to know personal anecdotes from lives of such tall people," wrote one person in the comments section. "Sir, you have all the qualities of a great leader, the best quality I admire is your humility," said another.

In the first part of the series, Mr Tata had spoken at length about life after his parents' divorce, growing up with his grandmother, studying at Cornell University, and the time he almost got married.