I Shall Fight And Give Strength To Shiv Sena, Says Uddhav Thackeray

Santosh Bangar, the MLA from Kalamnuri, was recently seen weeping asking rebels to return to the Shva Sena but he joined the Eknath Shinde faction just ahead of the crucial trust vote. 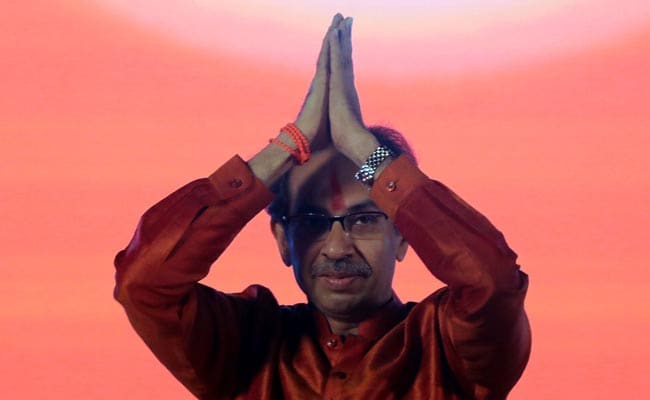 "Those who didn't get anything are with me," Uddhav Thackeray told Shiv Sena workers. (File)

Former Maharashtra Chief Minister Uddhav Thackeray has said that he was "hurt" to see some members ditching the party despite getting benefits and will visit Hingoli in Marathwada soon, party leader said on Tuesday, a day after local Sena MLA, Santosh Bangar, crossed over to the Eknath Shinde faction just ahead of the test vote.

Interestingly, Mr Bangar, the MLA from Kalamnuri in the Hingoli district, was recently seen weeping asking rebels to return to the Sena fold in videos during the earlier days of the revolt.

After Mr Bangar joined the Shinde camp and voted in favour of the trust vote in the Assembly on Monday, a meeting of district Shiv Sena leaders was held at the government guest house in Hingoli on Tuesday where Uddhav Thackeray spoke to party workers over the phone and told them that he would visit Hingoli soon, Shiv Sena leader Ramesh Shinde told PTI.

Mr Thackeray told Sena workers that it was painful to see that those (MLAs and ministers) who won due to Sena workers and got everything (positions in the party) have left him.

"But those who didn't get anything are with me. I shall fight and reinvigorate Sena. I will come to (Hingoli) soon to meet you," Mr Thackeray told the party workers in the meeting, a video of which has gone viral.

"Shiv Sena is intact. The Sena workers who were informed about the meeting attended it," he said.

One video had shown Mr Bangar sobbing and saying that the environment in the state had turned bad and all dissidents with Shinde must return to the party fold as Uddhav Thackeray would surely forgive them.

He had also hailed the Sena as followers of Chhatrapati Shivaji Maharaj and Bal Thackeray and said it was the duty of everyone to keep the saffron flag of Hindutva flying high without any taint.

Mr Shinde on Monday won the crucial floor test in the state Assembly on the last day of the two-day special session of the House. In the 288-member House, 164 MLAs voted for the motion of confidence, while 99 voted against it.

With Bangar's crossover, the tally of Sena legislators in the Shinde camp went up to 40.