'I Don't Believe It, My Son Has Been Framed,' Says Mehdi's Father 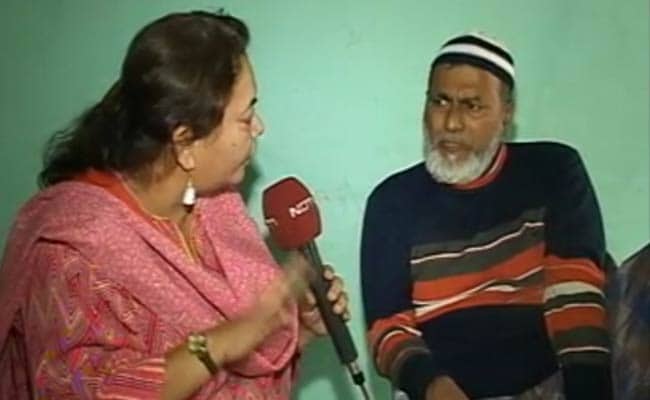 Kolkata: The father of Mehdi Masroor Biswas - the man who was arrested in Bangalore for allegedly operating the most influential Twitter handle for Islamic State, @shamiwitness - says he would never believe that his son could be mixed up in such an enterprise.

Mehdi's Twitter handle, @shamiwitness, had over 17,000 followers, Bangalore police said. Most of them were the English-speaking population from Europe.

"I don't believe it. I'm shocked. My son has been framed by his enemies or mine," said Dr Mekail Biswas, who retired from the West Bengal State Electricity Board 10 years ago.

Mr Biswas, who has done Haj, says his was a religious family but a liberal one. His son would do regular namaz but the family believed in the equality of all faiths.

Mr Biswas, who also practices homeopathy, had just been on a three-month visit to his son. He returned on November 25.

His wife, he said, would go and stay with the youth for long stretches, since he had problems with the local food in Bangalore. The couple also have twin daughters, who are married.

His son, Mr Biswas said, had always a bright boy. A student of a local branch of Kendriya Vidyalaya, he always ranked within top three in his class. After getting his engineering degree from a local technical institute, he was recruited through a campus interview.

Mehdi had been with the multinational corporation as an executive since 2012 at an annual salary of Rs 5.3 lakh.

Promoted
Listen to the latest songs, only on JioSaavn.com
Police said Mehdi worked by day and carried on his propaganda activities by night. But he had no direct contact with jihadists of the Islamic State or Al Qaeda and had undergone radicalization on his own. He had never been out of the country either.

Although most of his tweets have been deleted and the account has been closed, police say they have found no evidence of any anti-India activity. There is nothing to suggest that he had wanted any terror attack in India.