I Am First American President To Have Recipe For Dal: Barack Obama

Speaking at the HT Leadership Summit in a question-answer session, Obama explained to Karan Thapar that the night before the waiter who served him dal, among other dishes, began explaining how dal was made. 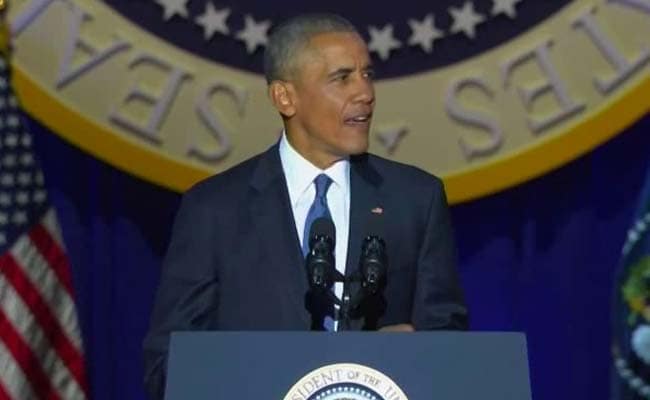 New Delhi: Former US president Barack Obama had the audience here in splits when he said that he was the first American president to have a recipe for dal, the humble Indian dish which is staple in many Indian households.

Speaking at the HT Leadership Summit in a question-answer session, he explained to Karan Thapar that the night before the waiter who served him dal, among other dishes, began explaining how dal was made. Mr Obama said he told him that he need not do so, since he knew how to make dal and had his own recipe learned from his Indian roommate when he was a student.

Even while he began speaking about his dal expertise at the summit, both the hand-held mikes of the interviewer and the interviewee malfunctioned. The two had to enter into off-mike small talk before it was replaced a couple of minutes later. "My keema is also good, and my chicken is OK," the man who earlier headed the most powerful office in the world said to smiles all around.

When Mr Thapar asked him whether he could make a chapati, Mr Obama said he could not. "Chapati is hard," the former president of United States said.
Comments
Barack Obama in IndiaFormer US President Barack ObamaHT Leadership Summit 2017

Bihar Government Not Bothered About COVID-19, Only Polls: Tejashwi Yadav