Padma Hazarika, the BJP MLA from Sootea, belongs to a family that has traditionally captured, trained and domesticated elephants. 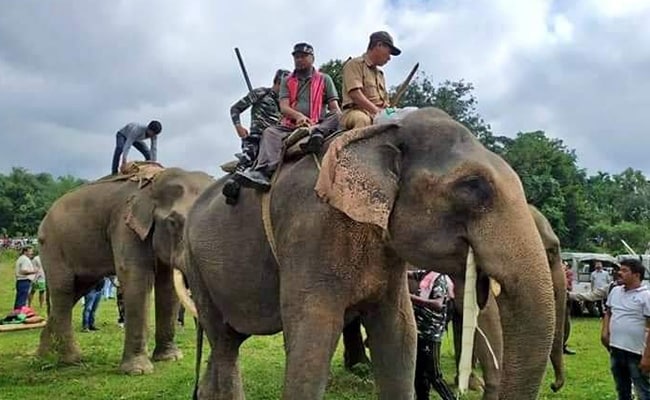 This rogue tusker shared the same name as terror mastermind Osama bin Laden, and like him, unleashed a reign of terror in Assam's Goalpara district over a period of one month. It even killed five villagers in a recent rampage, confining local residents to their homes for fear that they would be the next to come under its mammoth feet.

Help finally arrived in the form of a team led by Padma Hazarika, the BJP MLA from Sootea, who captured "Laden" on Monday and handed it over to the forest department. And the act has earned the politician -- who belongs to a family that has traditionally captured, trained and domesticated elephants -- a pat on the back from Chief Minister Sarbananda Sonowal himself.

"MLA Padma Hazarika's act of capturing the wild elephant is highly praiseworthy. As a true public representative, the Sootea MLA offered his help to the forest department to provide succour to the people who were living under constant fear of attack by the wild tusker. His success in capturing the elephant is an example of his expertise in the field," a statement issued by Mr Sonowal read.

The MLA had initially sent one of his trained elephants to help others from the Assam forest department capture the rogue animal. He later joined the operation himself, helping the team of elephant experts capture "Laden".

The practice of naming rogue elephants in Assam as "Laden" began in 2006, when the terror mastermind was actively pursuing terror operations across the globe. Another tusker with the same title had killed a dozen people in Assam's Sonitpur district back then, and had to be shot dead.

Nearly 2,300 people have been killed by elephants across the country over the last five years, official figures released in June claim. The number of elephant deaths, on the other hand, comes up to 700 since 2011.