41-year-old Renu Sharma was rushed to the Jawaharlal Nehru Medical College hospital on Friday night, where she was declared dead upon arrival, the police said.

A judicial inquiry has been ordered into the incident, the police said (Representational)

A hooch tragedy accused allegedly died at a jail in Aligarh, prompting authorities to order a judicial probe after her family members protested over the incident.

41-year-old Renu Sharma was rushed to the Jawaharlal Nehru Medical College hospital on Friday night, where she was declared dead upon arrival, the police said.

Her family members alleged that the jail authorities did not release her despite the fact that she had secured bail on health grounds earlier this week. She has been suffering from a host of illnesses since the time of her arrest on May 25.

Sharma was admitted to the hospital several times and it was only on Thursday that she was discharged after being under treatment for several days, the family members alleged.

A judicial inquiry has been ordered into the incident as her family members staged a protest, demanding accountability from jail authorities, a senior official said.

Renu Sharma's husband Rishi Sharma, one of the accused in the case, and five other members of her family are also lodged in the Aligarh jail, the police said.

As soon as the news of Sharma's death spread, her supporters and family members gathered at the city morgue and raised slogans against jail authorities. They sat on a dharna at the mortuary and refused to conduct her last rites until other family members, also in jail, are released on parole for it. 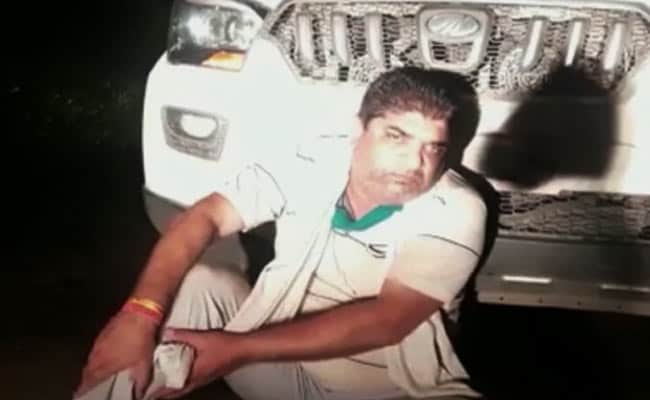 The woman's husband Rishi Sharma is also lodged in the Aligarh jail, the police said

Several Opposition leaders have demanded a high-level probe into the incident. Aligarh Congress president Santosh Singh told reporters that any inquiry will be meaningless unless top jail officials are charged for abetment and negligence leading to the death and are not suspended immediately.

A senior police official told news agency PTI that a judicial inquiry has been ordered and the decision to release her husband and other family members on parole for the last rites "rested with the court".

Renu Sharma is a former Block pramukh and was arrested in connection with the hooch tragedy, which had claimed several lives in the district earlier this year. While the officials put the death figure at 40, unconfirmed reports claimed that over 100 people died after drinking spurious liquor.