The Intermediate Jet Trainer is conceived by the Hindustan Aeronautics Limited (HAL) as a replacement to the ageing Kirans of Indian Air Force fleet. 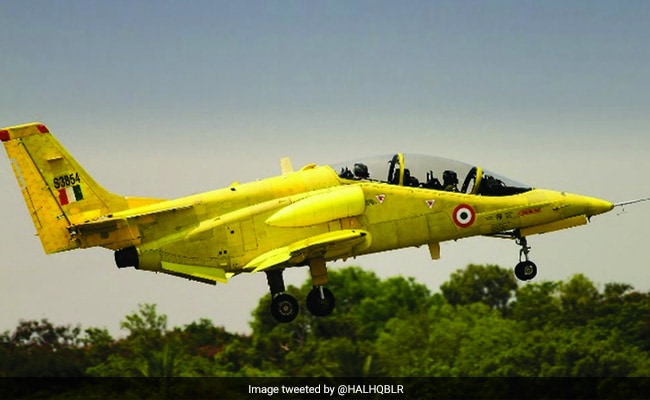 The Intermediate Jet Trainer (IJT), designed and developed by Hindustan Aeronautics Limited for stage-II training of IAF pilots, has successfully demonstrated the capability to carry out six turn spins to the left hand and right hand sides.

The IJT, conceived by HAL as a replacement to the ageing Kirans of IAF fleet, had completed demonstration of its capabilities in terms of altitude and speed envelope, load factor, satisfactory stall characteristics and limited armament capability as required by IAF, much earlier, an HAL statement said on Thursday.

The only pending task was spin testing.

During the course of spin testing, in 2016, the aircraft departed from controlled flight which brought the programme to a temporary halt, it said. However, HAL decided to proceed further to complete the spin testing.

The capability to enter and recover from spin is a necessity for a trainer aircraft in order to familiarise the trainee pilot to recognise departure from controlled flight and the actions required to recover from such situations, the statement noted.

"Achieving satisfactory characteristics during spin and an assured recovery from spin form a part of very crucial flight tests due to its unpredictability," it said.

The spin flight testing is inherently a high risk manoeuvre and therefore progresses incrementally turn by turn. Due to the complex interplay of aerodynamic and inertia forces, the motion of the aircraft in spin is unpredictable and flight testing is the only way to assess the acceptability or otherwise of its characteristics.

Subsequent to the temporary halting of flight tests in 2016, HAL undertook major modifications like shifting the vertical tail aft on the airframe and increasing the rudder area and flight testing resumed in April 2019.

These modifications entailed the use of a new Anti-Spin Parachute system (ASPS) which is mandated for the safety of the aircraft and test crew during spin flight testing. The new ASPS was integrated into the aircraft in July 2020 and the successful streaming of the parachutes were demonstrated in September 2020.

HAL could commence the stall and spin testing of the IJT in its new modified configuration in November 2020, it was stated.

HAL's Director (Engineering and R&D), Arup Chatterjee said that by demonstrating its capability to have six turn spins on both sides the IJT has achieved a major milestone.

He hoped that with the completion of spin certification of HTT-40 and the progress achieved in IJT, HAL will soon have the state-of-the-art trainers for stage I and II training of IAF pilots.

20-Year-Old Son Of Journalist Hit By Car, Beaten To Death With Iron Rod In UP