The top court said there was no occasion to doubt the decision-making process in the multi-billion dollar Rafale deal. 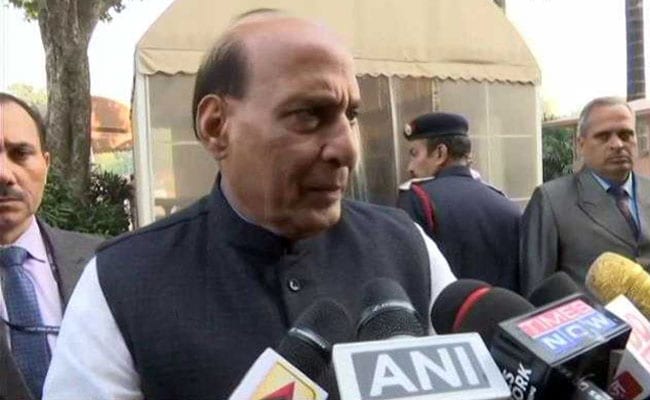 Rajnath Singh said the Supreme Court observed that the deal was a financial advantage to the nation.

Home Minister Rajnath Singh today hit back at the opposition over the Rafale jet deal issue, accusing Congress President Rahul Gandhi of misleading the country for political gains and said he should apologise on the floor of the House.

Opposition parties, primarily the Congress, have been attacking the Modi government over the deal, alleging that it was struck at a much higher price and benefited an Indian businessman at the cost of the government-run Hindustan Aeronautics Limited. The charges have been denied by the government.

The Supreme Court today gave the Narendra Modi government a clean chit on the procurement of 36 Rafale fighter jets from France and dismissed all petitions seeking a direction to the CBI to register an FIR for alleged irregularities in the deal.

The top court said there was no occasion to doubt the decision-making process in the multi-billion dollar Rafale deal.

Amid protests by Congress members in the House demanding a Joint Parliamentary Committee (JPC) to probe the deal, Mr Singh said, "Rahul Gandhi should apologise on the floor of the House for misleading the country on the Rafale jet deal issue for political gains".

Mr Gandhi had spearheaded the attack on the government all through his election campaign in the five assembly polls, counting of which concluded this week.

Mr Singh said the Congress itself was facing grave allegations of graft and their ministers have been sent to jail over corruption charges.

"They know that they have drowned, so they want to take us along (Woh chahate hain ke hum toh dube hain sanam, tumhe bhi le doobenge)," the home minister said.

Mr Singh said the Supreme Court observed that the deal was a financial advantage to the nation.

The Congress, however continued with their demand for a JPC to probe the issue.