Read inOther Languages
This Article is From Nov 07, 2018

"Why Can't We Talk To People Politely?": Rajnath Singh To Delhi Police 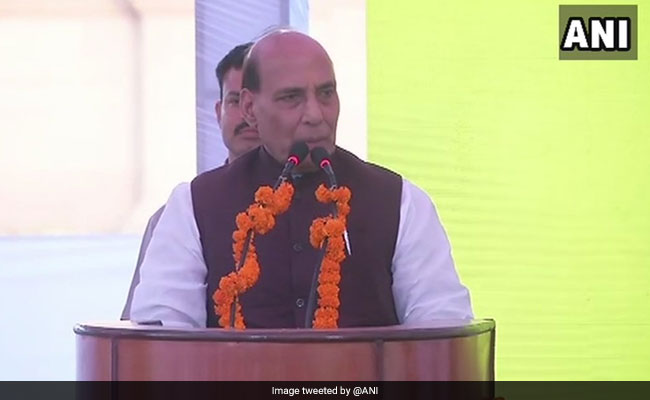 The Delhi Police should become the role models for the entire country, said Rajnath Singh

On the eve of Diwali, Home Minister Rajnath Singh had a few stern words for the Delhi Police. He asked them to talk "politely" to people who come to police stations to lodge complaints. On Tuesday, the Home Minister, while launching 300 new 'Raftaar' motorcycles for patrolling in the capital, said that the Delhi Police should become "role models" for the entire country.

"If someone comes to the police station to lodge a complaint, can't we talk to them politely? If a complainant is waiting for hours, can't we ask them for water?" said Mr Singh.

At the event where the city police chief, Amulya Patnaik and the Lieutenant Governor of Delhi, Anil Baijal were present, Mr Singh said, the police must pay more attention towards developing a friendly attitude towards people.

"I will ask the Police Commissioner to ensure arrangements for tea stalls for complainants at police stations if possible and the home ministry will provide funds for it. Why can't the police personnel present themselves as a role model?" the home minister said, while underscoring that he gets regular inputs about police stations and the personnel, and the perception people have worries him.

More attention should be given towards changing the attitude towards the common people, who come to the police stations for help and they should be treated with "dignity" said Mr Singh.

Speaking about enhancing the strength of the police force, Mr Singh said that his ministry is considering filling up 12,000 posts out of which approval has been given for the recruitment of 4,000 posts.